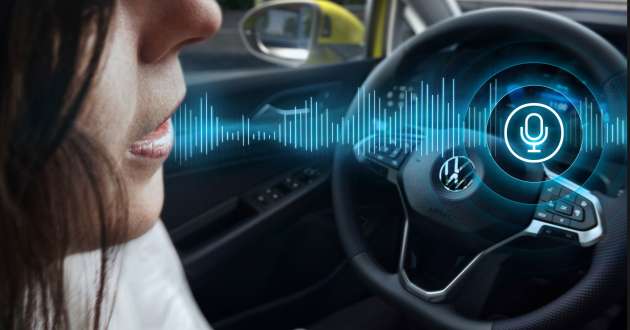 Volkswagen has announced what it describes as a major upgrade to the Golf Mk8‘s MIB3 infotainment system. There is now a more powerful System on Chip (SoC) with four computing cores, which includes a graphics processing unit and digital signal processor.

The new SoC offers 25% more computing capacity, while the GPU triples performance. This translates to a quicker, more responsive infotainment system. According to the automaker, the list of results for a typical navigation destination entry can be ready in under five seconds, which it claims is a drastic improvement from the outgoing system.

VW also made software optimisations to complement the new chip. Central to this upgrade is the new voice recognition system, which can be activated by using the phrase “Hello Volkswagen.” The system also recognises natural commands, such as “I’m cold” or “Where can I find a Japanese restaurant in Berlin?.”

What’s intelligent about the system is that the digital microphone can detect the direction in which the command is coming from. That means it can distinguish between the driver and passenger, and therefore make necessary climate control adjustments specifically for the person making the request. The voice assistant is also apparently capable of asking questions and allowing interruptions.

Comprehension rate has improved to 95%, and the software makes do with a more simplistic tiled menu than before. It’s also easier for the automaker to integrate additional smart online functions like news or weather reports in the future. 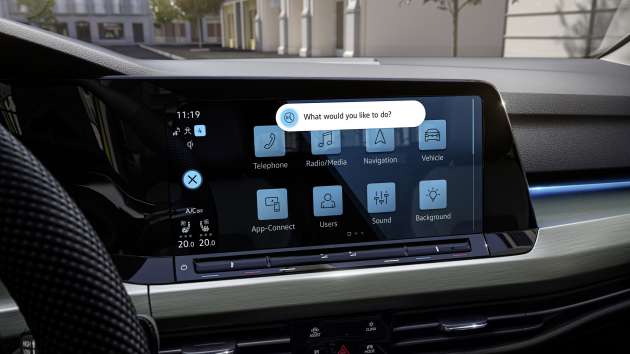 Naturally, the system works best when it’s connected to the cloud (it does this by default), but some of these information can also be stored offline in the vehicle. This allows drivers to continue using the system even in areas with no mobile coverage, such as in underground car parks.

Whatever the case, responses and reactions can be up to four times faster than before. It takes less than five-tenths of a second to process an online request on the server, and the feedback arrives in less than a second. Users can also complete the request/command by touching the display, where relevant menus will have already appeared.

If touch is your preferred mode, then the infrared proximity sensor will block the hazard lights switch to prevent accidental activation. As soon as your finger touches the screen, the system will further block the volume and temperature sliders. The sensor also enables gesture control.

Now, the new infotainment is due to enter series production in the next few weeks. Vehicles that have already been delivered will benefit from the new software starting next year.