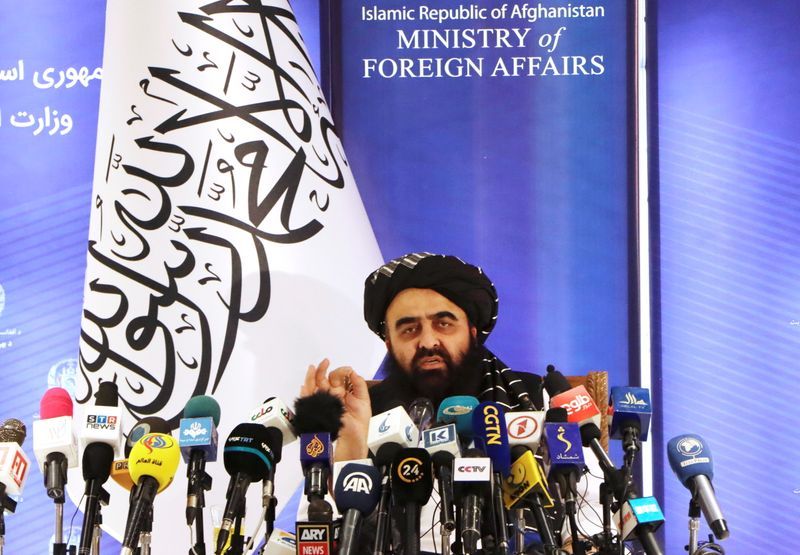 Cairo (Reuters) – Afghanistan’s acting foreign minister said on Saturday that an Afghan delegation had asked the United States to lift its ban on the central bank’s reserves during a meeting with their U.S. counterparts in Doha, Qatari-based Al-Jazeera television reported.