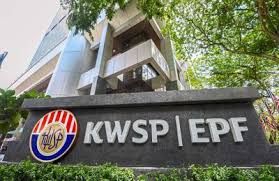 KUALA LUMPUR: The Employee’s Provident Fund (EPF) will place all contributions into Account 1 in order to replenish the savings of its members who have withdrawn funds to weather the economic effects of the Covid-19 pandemic.

Deputy Finance Minister Mohd Shahar Abdullah (BN-Paya Besar) said a total of RM101bil has been withdrawn under the i-Lestari, i-Sinar, and i-Citra stimulus packages since the pandemic began last year.

In order to replenish the amount withdrawn by contributors, Shahar said all new contributions will be credited into Account 1.

Once the amount is replenished, Shahar said EPF will go back to its previous system of 70% in Account 1 and 30% in Account 2.

Shahar was responding to Datuk Che Abdullah Mat Nawi (PN-Tumpat), who interjected and asked what measures the government was taking to increase savings in Account 1 of EPF contributors.

Meanwhile, Shahar said there were several measures to ensure retirement savings do not dwindle, among them a rule that allows members to make monthly withdrawals so they can enjoy dividends on their savings and employers being required to contribute 4% of the monthly salary of those above 60.

Hassan Karim (PH-Pasir Gudang) then stood up and asked if EPF’s investment portfolio had been affected by the RM101bil in withdrawals.

“It will not have an impact on EPF,” added Shahar.

“On dividends, it will be announced next year by EPF and the government,” added Shahar.

Last Tuesday (Nov 16), it was reported that about 3.6 million EPF contributors have less than RM1,000 in their respective accounts.

The Finance Ministry also said dwindling EPF sayings is worrying among the bumiputera, where it is estimated that 78% of the contributors have applied to withdraw money from their EPF savings.