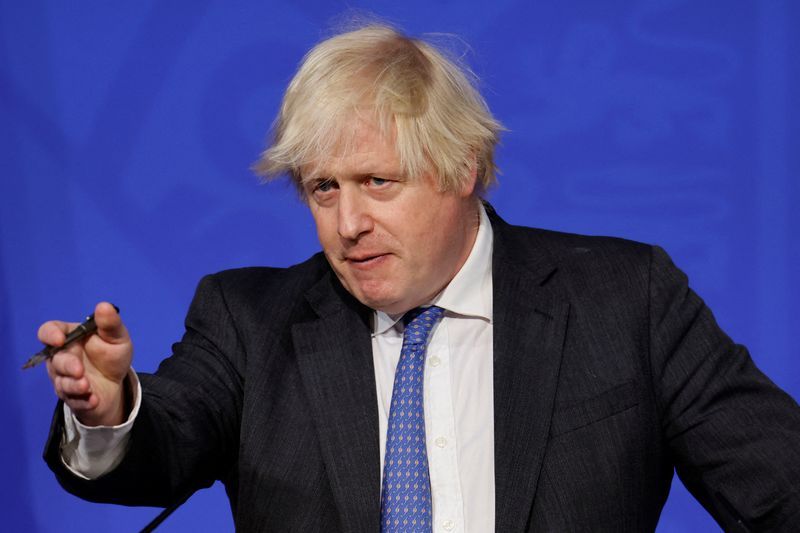 WHITCHURCH, England (Reuters) – Voters went to the polls in a region of central England on Thursday to elect a new member of parliament in a test of British Prime Minister Boris Johnson’s authority after accusations of sleaze and his handling of the COVID-19 pandemic.

Johnson’s Conservative Party is facing a fight to retain the parliamentary seat for North Shropshire in a so-called by-election, triggered by last month’s resignation of Owen Paterson after he was found to have broken rules on paid lobbying.

If the Conservatives lose what has long been a loyal seat, it would be yet another blow to Johnson, who is under pressure after experiencing the biggest parliamentary rebellion against his government on Tuesday and over scandals such as reported parties in his office last Christmas when Britain was in a COVID-19 lockdown.

The battle pitches the Conservatives against the opposition Liberal Democrats, with several lawmakers saying they believed the governing party would lose the seat in the mostly rural constituency, yet another erosion of support in traditionally Conservative-supporting regions.

Conservative candidate Neil Shastri-Hurst, an army medic and barrister, said he was campaigning mainly on local issues, admitting that voters were concerned by scandals, such as Johnson’s former press secretary, Allegra Stratton, captured on video joking about a lockdown-breaking party in Downing Street.

“I’d be being disingenuous if I didn’t say the video hadn’t been raised on the doorstep, and clearly it was egregious,” he told Reuters, adding it was right that Johnson ordered an inquiry into the reported parties at his residence.

“I’m in the army so I know not to be complacent: from day one we’ve been fighting hard in this campaign,” he said.

Ben Wood, a local councillor running as the opposition Labour Party candidate, said he was doubtful that the Liberal Democrats could wrest control from the Conservatives.

“People are angry, they feel like they’ve been taken for granted,” he said.

“I’m absolutely fighting to win this one,” he said. “I’m running a local campaign on public services, but it’s also offering that alternative in decency, honesty, integrity, which people aren’t getting from the Tories.”