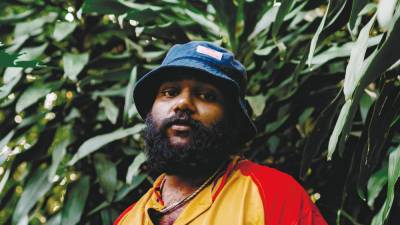 LYFE interviewed several young musicians, singers, songwriters and producers on the impact that Freddie Mercury (and Queen) have had on them. These individuals consist of a small portion of the huge independent music community in Malaysia, and are considered some of the stalwarts of the growing indie scene.

“I listened to Queen’s Innuendo, and Barcelona as a kid. I was blown away by what I heard – the lyrics took me away and made me feel like I could do anything and be anyone.”

“Freddie Mercury was composing music 48 years ago that is still relevant to this day, can you imagine that?

“His meticulous voice control, his never-ending exploration of genres, and his musical freedom came from a painful place; through his pain and others like him, you and I get to be our unique selves.”

“The first time I came across Queen’s music was in high school. I was 14 and had joined my school choir that was prepping for our inter-school choir competition. The song was ‘Let Me Live’, and I fell in love with it and Freddie’s voice almost instantly.

“I was always a very dramatic and theatrical person, and I think that’s why their music resonated with me so well. We went on to win the competition, and I think what really helped us secure the win was the intricacy of the song structure.

“Back then, my seniors used to say: ‘If you’re in it to win it, you have to sing a Queen song’. That’s how good their music is.”

“Freddie has been my idol for as long as I can remember because he was fearless on-and-off stage. To this day, listening to The Show Must Go On still brings me to tears.

“Just knowing that he recorded the song while battling AIDS makes the song hit different, and proves how strong his passion for music was for him to keep singing up until the very end.

“Whenever I get nervous before a performance, I sometimes ask myself: ‘What would Freddie Mercury do?’ just to psyche myself up. He lived to put on the best show every single time, and that inspires me to do the same whenever I’m on stage.”

“The first time I heard a Queen song it was (of course) Bohemian Rhapsody. What struck me was the crazy vocal harmonies that sort of kick you in the face.

“Years later, while studying music, I learnt about the recording techniques they used, basically the distinct Queen sound came from all three singers singing a single harmony note and then repeating the process for every vocal layer (all on tape multitrack recorders) Till today I’m always floored by the technical and artistic brilliance in their songs.”

“There’s a Freddie quote floating around the internet where he was quoted as saying he didn’t want his vocals to sound perfect, just a sort of perfect imperfection.

“Not quite certain if he actually said that, but nowadays where you can edit literally every single flaw, it always reminded me to keep my music human. Keep that perfect imperfection.”

1. Do you have any fond memory of Queen and Freddie Mercury, such as the first time you were exposed to their music?

“My father was and still is a huge fan of music. My touring sound engineer brother and I were exposed to a range of music from The Beatles, The Carpenters, Elvis to Michael Jackson, Duran Duran at a very young age, and Queen was one of them.

“Bicycle Race, Flash and Bohemian Rhapsody were all very eccentric sounding songs that caught my attention when I was younger. I remember singing Bicycle Race over and over again in school and getting my friends hooked too.

“Radio Ga Ga was also really cool. I remember my uncle playing that in the car and we’d go for car rides.”

“Definitely performing onstage. He’s such a great performer. In the past, it was super hard to get a hold of live videos and we’d have to hunt for DVDs.

“The way he commanded the crowd and had so much authority over them. He was born for the stage. I adopted quite a few of his tricks. The way he moved, the way he worked the stage; his stage antics.

“I move a lot on-stage especially with the guitar, but when I’m without the guitar, I go absolutely crazy and seeing the way the legend did everything, I definitely emulated that a lot. It’s probably embedded subconsciously in me.”