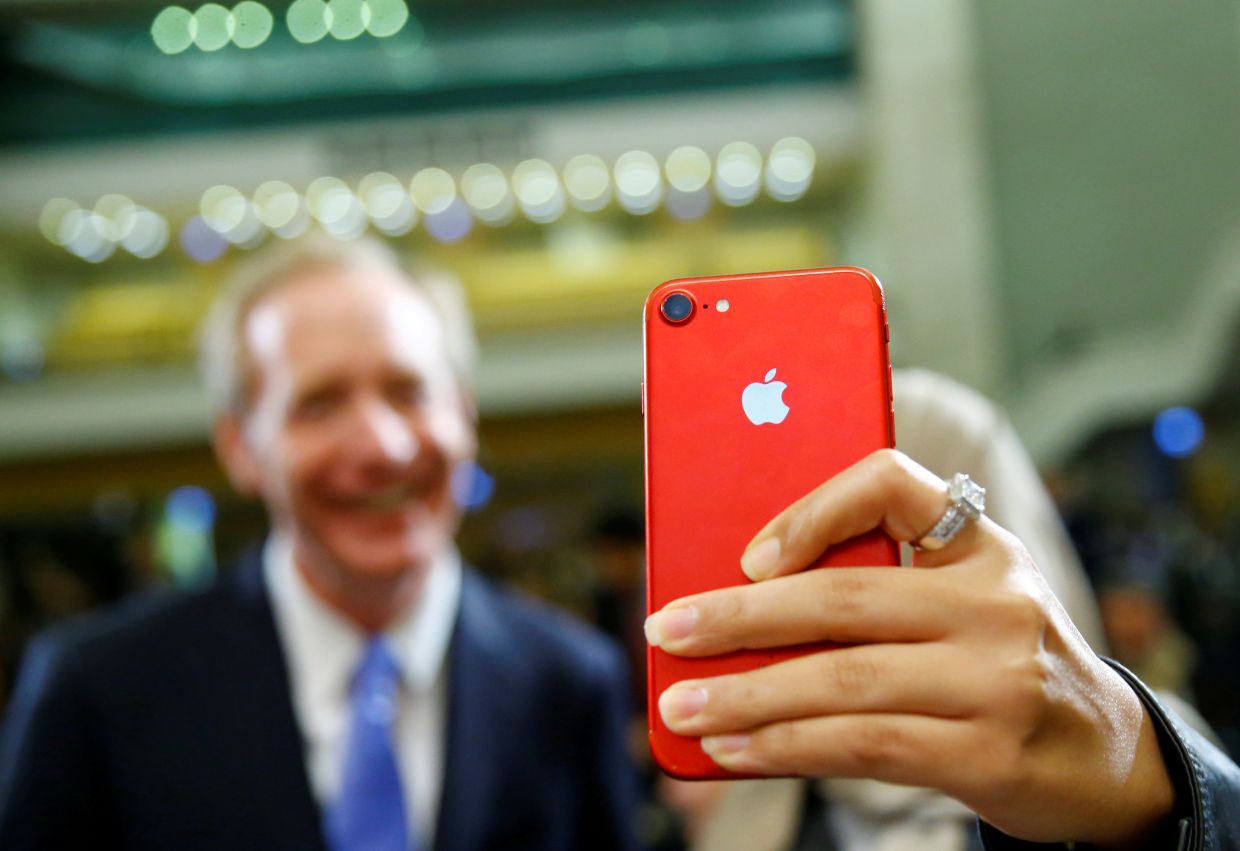 Apple Inc. named Michael Shapiro as its new corporate treasurer, enlisting a veteran member of its treasury team and the company’s Braeburn Capital cash-management arm following the recent retirement of Gary Wipfler, according to people familiar with the matter.

The move is a part of a wave of promotions at Apple, which also elevated key software, marketing and chip executives, said the people, who asked not to be identified because the changes haven’t been announced.

Shapiro will become the steward of Apple’s nearly US$200bil (RM836.4bil) money pile. He’s listed on corporate records as a member of the company’s Reno, Nevada-based cash management group and is a longtime executive at the iPhone maker. Wipfler retired from Apple in recent weeks after 35 years at the company, Bloomberg News reported earlier this month.

The Cupertino, California-based company ended last quarter with US$194bil (RM811.31bil) in cash and marketable securities. But Apple has been working to reduce its balance as it tries to reach net cash neutral status, meaning the company will have an equal amount of cash and debt.

Alan Gilchrist, a key member of Apple’s custom chip-development group, was promoted to vice president of engineering for custom silicon and battery technology, according to his LinkedIn profile. Apple’s chip group has developed a growing number of parts for the company’s devices, helping fuel annual speed increases.

Eden Sears, who was senior director of brand marketing for the iPhone and iPad, has been promoted to vice president of brand for the entire company, according to people. She’s taking on brand marketing for additional products like the Apple Watch and AirPods – in addition to company packaging and retail efforts.

Huang was senior director of sensing and connectivity, working on software for Bluetooth, Wi-Fi, wireless connectivity, location and motion sensors like the gyroscope and accelerometer. – Bloomberg