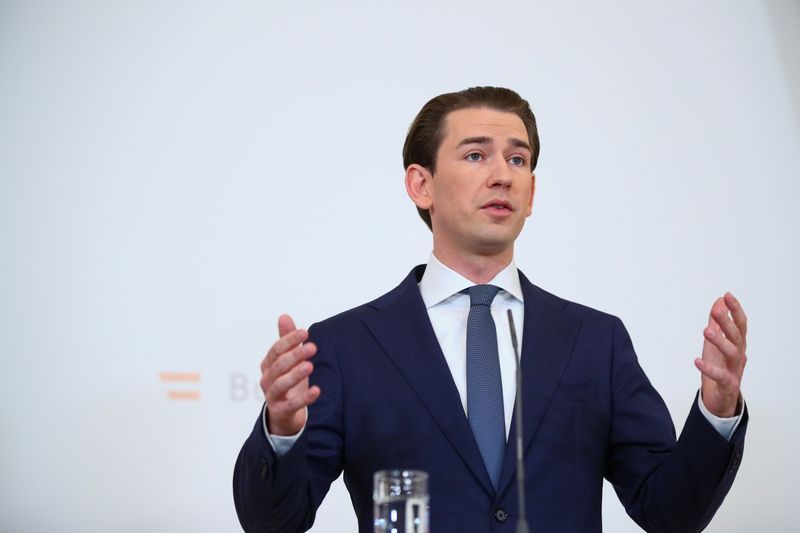 VIENNA (Reuters) – Austrian Chancellor Sebastian Kurz said on Saturday he is stepping down after being placed under investigation on suspicion of corruption offences.

Kurz said in a statement to the media that he was proposing Foreign Minister Alexander Schallenberg, a career diplomat, as his successor. Kurz plans to remain leader of his conservative party and take over as its leader in parliament, he added.