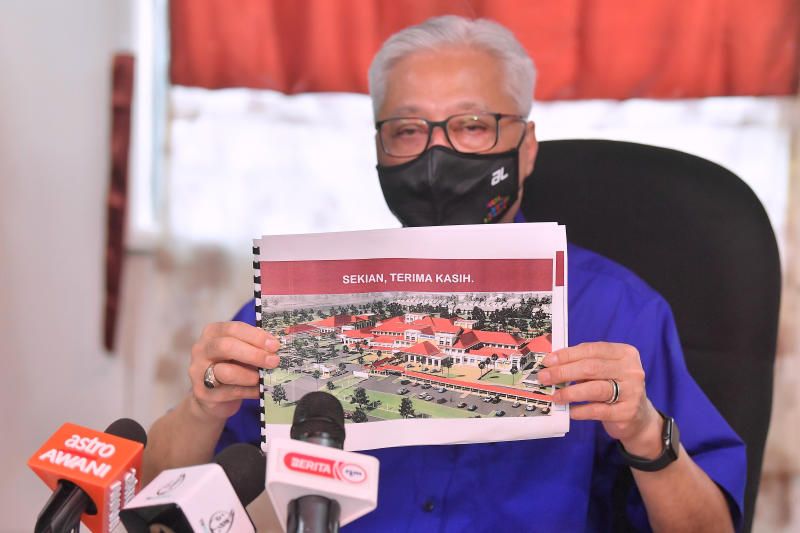 The Bera Member of Parliament said that work on the hospital in Bera town is 98% complete, adding that what needs to be completed are the finishing touches and equipment installation.

Construction of the 40-bed hospital started on Oct 2, 2010 but the original contractor was terminated in 2012 after it was only able to complete 57% of the work before another contractor was appointed in 2016.

“However, the rescue contractor was also terminated last year after encountering problems when the work was already at 93% which brought to the appointment of the third contractor on January 5 this year,” said Ismail Sabri.

“God willing, the wait of over 150,000 residents of Bera to have their own hospital will be over in January or February next year,” he added at a press conference after inspecting the construction of the hospital here on Saturday (Oct 9).

He added that the delay in the construction of the hospital on a 13.3-hectare site also caused the original cost of RM88 million to rise to RM130 million.

On staffing at the hospital, Ismail Sabri said it (the hospital) was expected to receive 480 health staff with quarters provided next to the main hospital building.

“We also hope the Health Ministry will station specialist doctors here to facilitate the people because Bera is a large district. The construction of this hospital will facilitate the people who are forced to go to the nearby district hospitals for health treatment such as the Temerloh Hospital,” said Ismail Sabri

Ismail Sabri said among the facilities badly needed by the residents in the district is a dialysis unit so that kidney patients no longer need to commute distance to undergo treatment. – Bernama