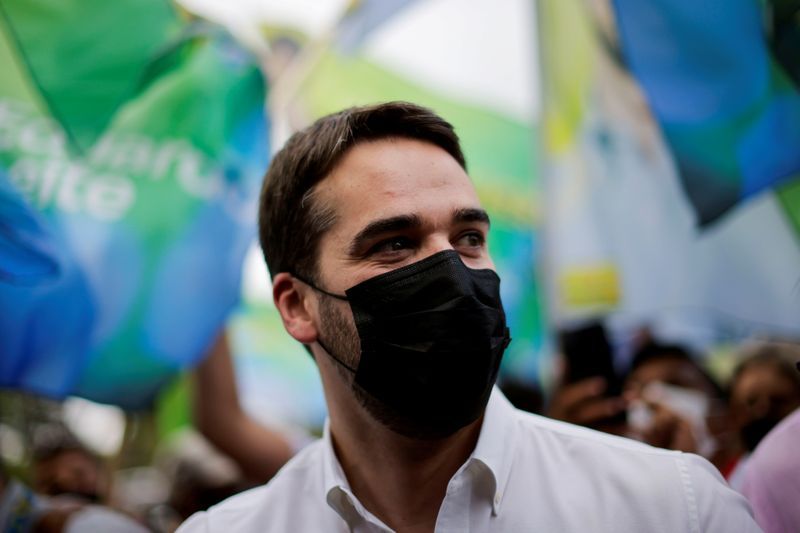 BRASILIA (Reuters) – The Brazilian Social Democratic Party (PSDB) was unable on Sunday to nominate its presidential candidate for next year’s election because of a voting app failure, delaying a decision between the main contenders, Joao Doria and Eduardo Leite.

The center-right party said it decided to put voting on pause until a future date after the app failure denied access to many of the 44,700 members registered to vote, including figures such as former President Fernando Henrique Cardoso.

Doria, the governor of Sao Paulo state, favors resuming the vote this week, a spokesperson said, while Leite, governor of Rio Grande do Sul, wants to put it off until February.

The party will decide when to resume voting at a meeting later on Sunday, it said in a statement.

The PSDB governed Brazil from 1995-2002 during Cardoso’s two terms that modernized the economy and started social welfare programs that were later continued by leftist governments.

The party’s role in Brazilian politics has since diminished and it now holds just half the seats it had a decade ago in Brazil’s Congress.

In the 2018 election, won by far-right President Jair Bolsonaro, the PSDB’s candidate, Geraldo Alckmin, won just 4.8% of the vote.

The party, which has shifted right since it was in office, hopes to raise its profile by picking a candidate who can be a middle-of-the-road alternative in 2022 to Bolsonaro and leftist former President Luiz Inacio Lula da Silva, who has a comfortable lead in early opinion polls, although he has yet to declare his candidacy.