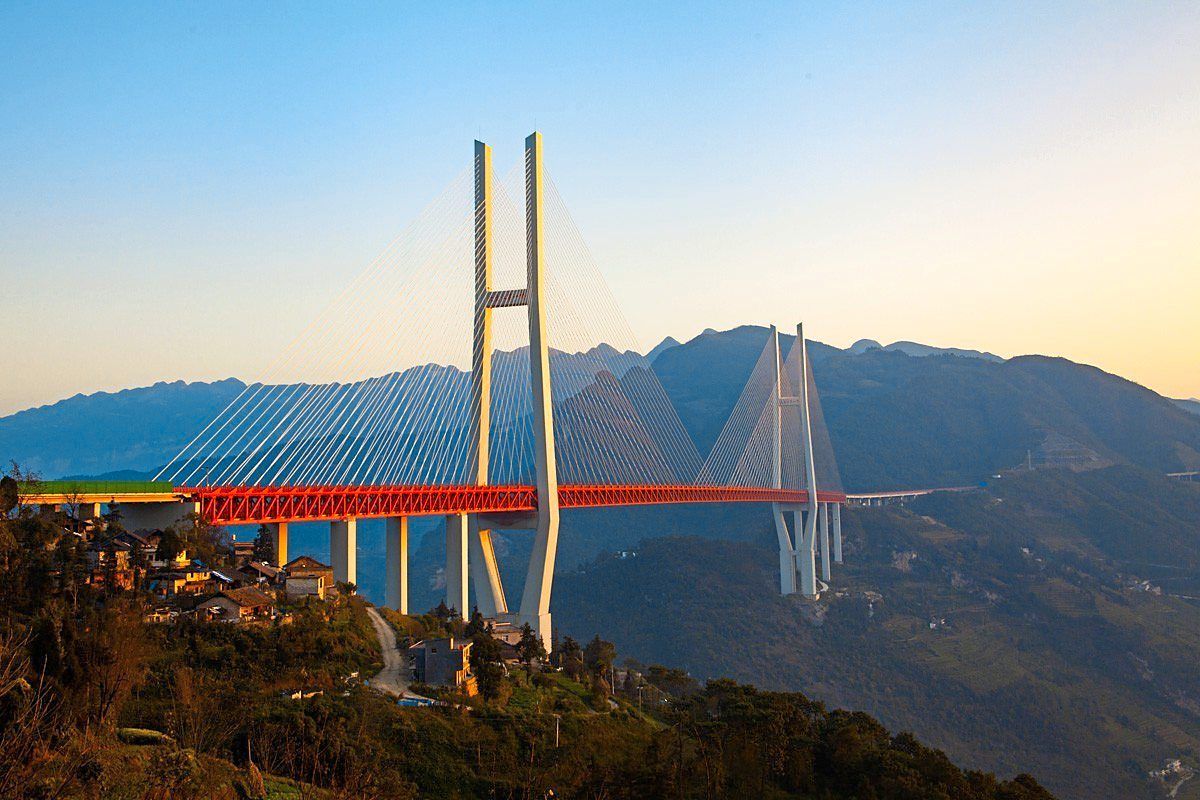 The Beipanjiang Bridge (or Duge Bridge) in southwest China’s Guizhou Province, equivalent to the height of a 200-storey building, has attracted large numbers of visitors from home and abroad.

“This bridge is very distinctive. The scenery below is primeval, and this is a good place to relax,” said Wang Song, a tourist from the provincial capital Guiyang.

Sitting over 565m above a valley, the Beipanjiang Bridge is part of a highway linking Hangzhou City in east China’s Zhejiang Province and Ruili City in Guizhou’s neighbouring Yunnan Province. It has been certified as the world’s highest bridge by the Guinness World Records.

Guizhou has 50 of the 100 tallest bridges in the world. Due to the large number of bridges, their types and complex technologies used in the construction of the bridges, the province is known as “the museum of world bridges”, according to the provincial department of transport.

In recent years, many bridges in Guizhou have turned out to be popular tourist attractions owing to stunning scenery around them.

Ma Xuanjun, a 40-year-old farmer living near the Beipanjiang Bridge, turned his newly-built brick house into a rural inn in 2019.

“The bridge has attracted tourists from home and abroad, and I will do my best to make them feel happy and remember my hometown,” Ma said.

Not far from the iconic Huangguoshu Waterfall in Guizhou, the 370m-high Baling River Bridge, one of the world’s highest bridges, has drawn many skydivers since 2012. A bridge technology museum, recreational vehicle campgrounds and homestays have been built near the bridge.

Situated in the rolling mountains and hills, poor transportation had long hampered social and economic development in the province.

The province, with 92.5% of its area covered by mountains and hills, has built over 20,000 bridges since the late 1970s. Thanks to the construction of these bridges, Guizhou is becoming deeply integrated with the nation’s transportation network, ushering in improved quality of life for local residents.

“In this way, tourists would like to stay here longer and come again in the future,” Li added. – Xinhua