A peeling portrait of Frederic Chopin purchased at a flea market in Poland hung modestly in a private house for almost three decades before an expert dated the painting to the 19th century, when the Polish piano composer lived.

Now restored and in a gilded frame, the small painting resides in a bank vault somewhere in eastern Poland while its owners negotiate their next steps, including a public exhibit.

News of the artwork’s existence broke this week as Warsaw hosted the 18th Frederic Chopin Piano Competition, an international event known for launching the careers of world-class pianists. The competition runs through Oct 23.

Nicolaus Copernicus University professor Dariusz Markowski, the art expert who examined and restored the portrait last year, says it has significant historic and emotional value, but he refrained from estimating what it might sell for.

The painting measures 29.5cm by 23.3cm (11.5 inches by 9 inches.) Using advanced methods, Markowski timed its creation to the mid-19th century based on the materials and pigments used, and the extent of the ageing and damage.

But it is not now possible to pinpoint the exact year of its provenance, and it will be difficult to identify who painted it because only the artist’s first name, Alfred, is preserved, he said. 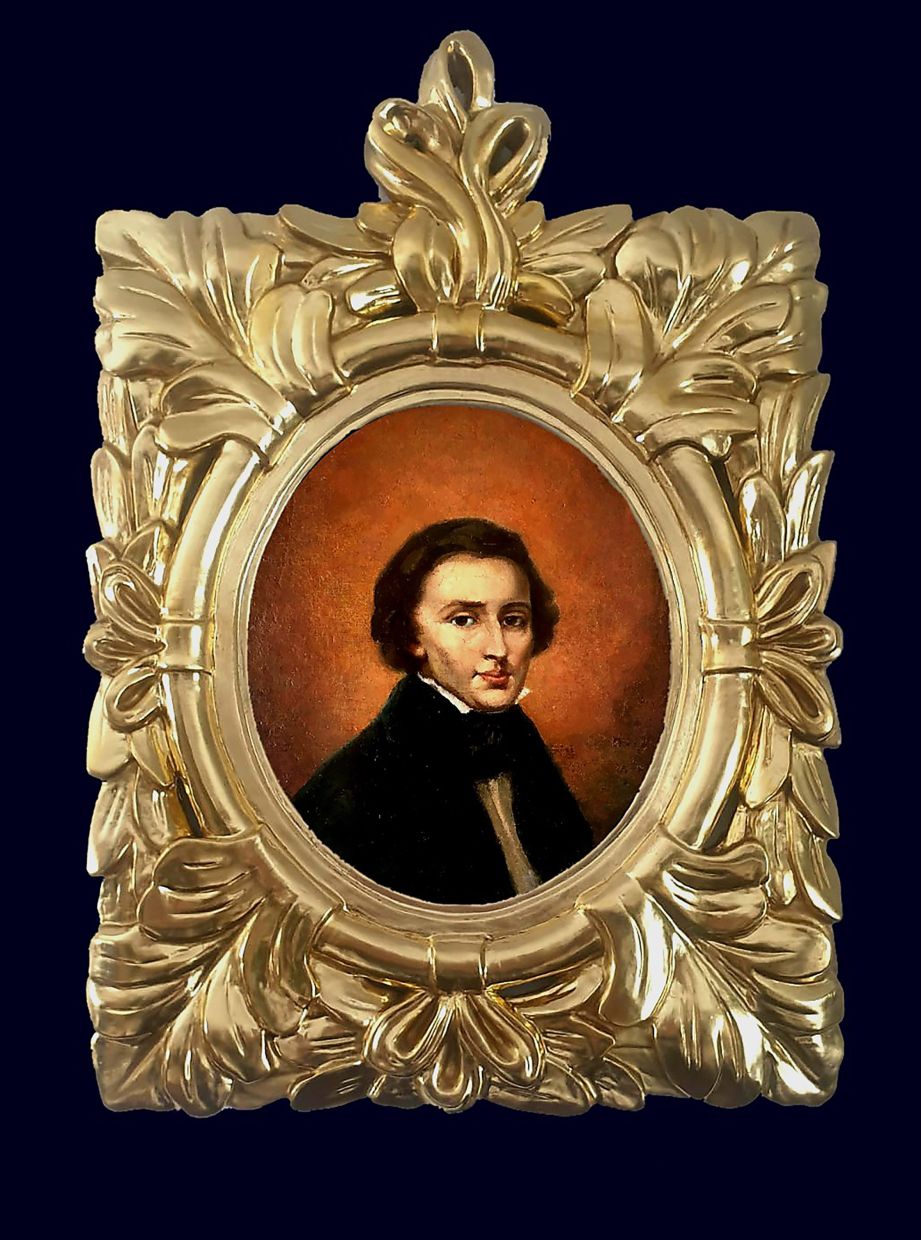 The small painting now resides in a bank vault somewhere in eastern Poland while its owners negotiate their next steps. News of the artwork’s existence broke this week as Warsaw hosted the 18th Frederic Chopin Piano Competition. The art expert who examined the portrait says it has significant historic value, but he refrained from estimating what it might sell for. Photo: AP

“It is evidently Chopin, but I cannot say whether he posed for this portrait or whether it was painted from another picture,” said Markowski, principal of the Torun university’s Conservation and Restoration of Modern Art Department.

“We know nothing of its history or who it was painted for,” he said. “It was in a very bad state, and I’m really happy that artwork like this can be saved.”

Chopin was born in 1810 in a manor house in Zelazowa Wola, a village near Warsaw, to a Polish mother and a French father. He left Poland at 19 to broaden his music education in Vienna and then in Paris, where he settled, composing, giving concerts and teaching piano.

He died in Paris on Oct 17, 1849 and is buried at the Pere Lachaise cemetery, but his heart is kept at the Holy Cross Church in Warsaw, where observances mark the anniversaries of his birth and death.

An art connoisseur spotted the portrait that Markowski calls “a real curiosity” at a flea market near Lublin in the early 1990s. Decades later, a financial situation prompted the family to seek a professional appraisal, which led them to the university expert.

A member of the family says it’s “extraordinary” that the painting survived about 170 years of historic turmoil and ended up in a flea market. He says the family’s recent attention to the portrait made him study Chopin’s life and music. – AP