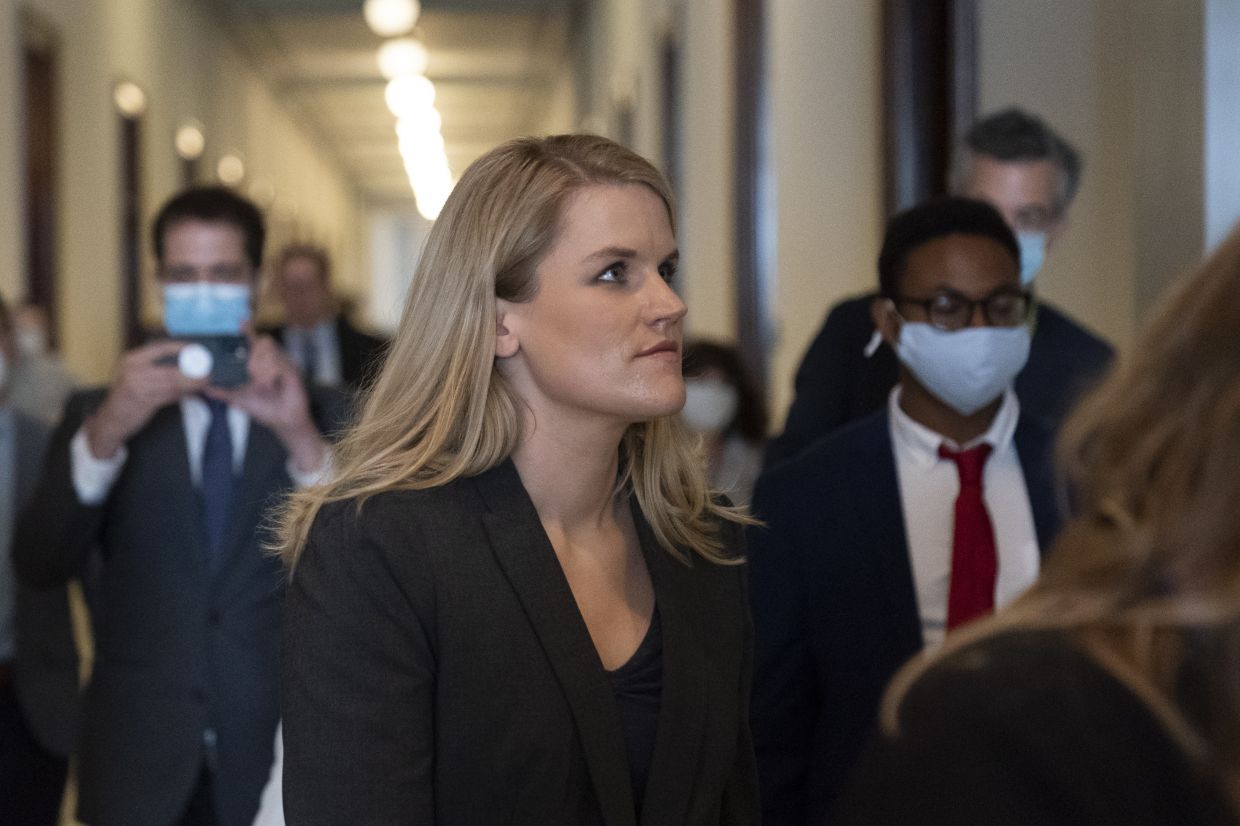 Facebook has recently taken a harsher tone toward whistleblower Frances Haugen, suggesting that the social network could be considering legal retaliation after Haugen went public with internal research that she copied before leaving her job earlier this year.

US law protects whistleblowers who disclose information about potential misconduct to the government. But that protection doesn’t necessarily cover taking corporate secrets to the media.

Facebook still has to walk a fine line. The company has to weigh whether suing Haugen, which could dissuade other employees who might otherwise speak out, is worth casting itself as a legal Godzilla willing to stomp on a woman who says she’s just doing the right thing.

Haugen may face other consequences. Whistleblowers often put themselves at risk of professional damage – other firms may be reluctant to hire them in the future – and personal attacks from being in the public eye.

What did Haugen do?

Haugen secretly copied a trove of internal Facebook documents before leaving the company and subsequently had her lawyers file complaints with the Securities and Exchange Commission alleging that Facebook hides what it knows about the negative effects of its platform.

John Tye, her lawyer, said the team gave redacted documents to Congress, where Haugen testified on Tuesday, and also informed officials in California. Haugen also shared documents with the Wall Street Journal, which she started talking to in December, leading to a series of explosive stories that began in mid-September.

What was Facebook’s response?

The company says it has been mischaracterised. “I think most of us just don’t recognise the false picture of the company that is being painted,” CEO Mark Zuckerberg wrote to employees on Tuesday.

Some company officials have also begun using harsher language to describe Haugen’s actions that could be interpreted as threatening.

In an Associated Press interview Thursday, Facebook executive Monika Bickert repeatedly referred to the documents Haugen copied as “stolen”, a word she has also used in other media interviews. David Colapinto, a lawyer for Kohn, Kohn and Colapinto who specialises in whistleblower cases, said that language was threatening.

In the same interview, asked if Facebook would sue or retaliate against the whistleblower, Bickert said only, “I can’t answer that.”

A week earlier, Antigone Davis, Facebook’s head of global safety, testified in the Senate that Facebook “would never retaliate against someone for speaking to Congress”, which left open the possibility that the company might go after her for giving documents to the Journal.

Various laws offer whistleblower protection at both the state and federal levels. The federal laws applicable to Haugen are the Dodd-Frank Act, a 2010 Wall Street reform law, and the Sarbanes Oxley Act, a 2002 law that followed the collapse of Enron and other accounting scandals.

Dodd-Frank expanded protections for whistleblowers and empowered the SEC to take action against a company that threatens a whistleblower. Protections exist for both employees and former employees, experts say.

Asked about her risk because she went to the media, Haugen’s lawyer, Tye, maintains that because Haugen went to the SEC, Congress and state authorities, she’s entitled to whistleblower protections. He said any suit from Facebook would be “frivolous” and that Facebook has not been in touch.

What about her leaks to the media?

Courts haven’t tested whether leaking to the media is protected under Dodd-Frank, but Colapinto said the US Secretary of Labor determined decades ago that environmental and nuclear-safety whistleblowers’ communications with the media were protected. He argues that the language of Sarbanes-Oxley is modeled on those earlier statutes, and Haugen should have the same protections for any of her communications with reporters.

Facebook could allege that Haugen broke her nondisclosure agreement by sharing company documents with the press, leaking trade secrets or just by making comments Facebook considers defamatory, said Lisa Banks of Katz, Marshall and Banks, who has worked on whistleblower cases for decades. “Like many whistleblowers, she’s extraordinarily brave and puts herself at personal and professional risk in shining a light on these practices,” she said.

Haugen effectively used leaks to the media to turn up the pressure on Congress and government regulators. Colapinto said her disclosures had a public-interest purpose that could complicate enforcing the NDA if Facebook chose to do so.

Facebook probably wants its veiled threats to unnerve other employees or former employees who might be tempted to speak out. “If they go after her, it won’t be because they necessarily think they have a strong case legally, but sending a message to other would-be whistleblowers that they intend to play hardball,” Banks said.

“The last thing Facebook needs is to rouse the ire of governmental authorities and the public at large by playing the role of the big bad giant company against the courageous individual whistleblower,” said Neil Getnick, whose firm, Getnick and Getnick, represents whistleblowers. – AP