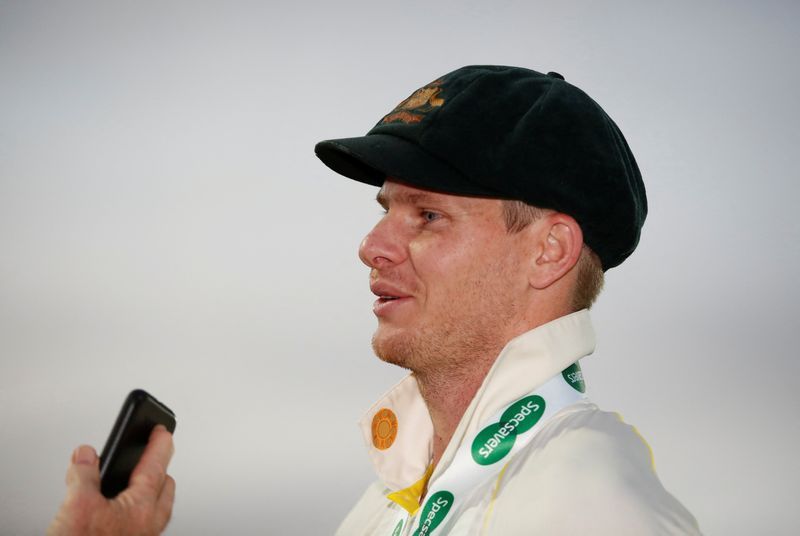 ADELAIDE (Reuters) – Australia stand-in captain Steve Smith won the toss and elected to bat first in the day-night second Ashes test against England at Adelaide Oval on Thursday, hours after the home side were rocked by the loss of regular skipper Pat Cummins.

Cummins was forced to pull out of the match after he was identified as a close contact of a positive COVID-19 case.

Cummins, who dined in the same restaurant in Adelaide on Wednesday night as the COVID case, will need to isolate for seven days.

Smith regained the captaincy for the first time since the Newlands ball-tampering scandal in 2018, while uncapped paceman Michael Neser makes his test debut after replacing Cummins in the pace attack.

“Been a pretty interesting morning, bit been going on. Feel for Patty missing this game, but I’ll try and lead on the way he started last week and hopefully we can have a really good week.”

Australia have now lost two front-line quicks with Josh Hazlewood also forced to miss the second test after suffering a side strain in Brisbane. He has been replaced by two-test seamer Jhye Richardson.

Travis Head was elevated to vice-captain.

England picked pace veterans Stuart Broad, who will play his 150th test, and James Anderson, while dropping spinner Jack Leach after his nightmare test at the Gabba where he conceded 1-102 in 13 overs.

“We would have batted,” said captain Joe Root.

“It looks a good surface but we get a new pink ball in our hand early.

“Jack Leach misses out. It’s a brave call but we hope the seamers can make use of the conditions.”

Australia lead the five-test series 1-0 after beating England by nine wickets in the first test in Brisbane.