Cricket: Cricket-KKR have their fingers crossed on Russell for IPL playoffs 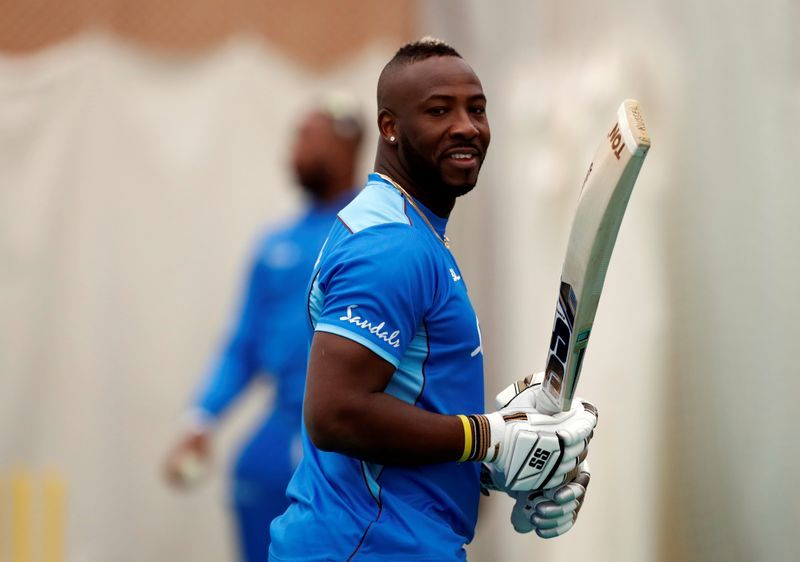 MUMBAI (Reuters) – Kolkata Knight Riders are hoping all-rounder Andre Russell can return from injury for their knockout match in the Indian Premier League after the side all but sealed a playoff spot with a massive win over Rajasthan Royals on Thursday.

Eoin Morgan’s side were reeling with two wins out of seven matches before this year’s tournament was suspended at the halfway stage in May after two franchises reported several COVID-19 cases.

With India grappling with a COVID-19 surge the remainder of the tournament was shifted to the United Arab Emirates and KKR have since turned around their fortunes by winning five of their seven matches in the league stage.

Their 86-run win in Sharjah all but sealed a fourth and final spot in the playoffs with defending champions Mumbai Indians needing to win by an improbable margin against Sunrisers Hyderabad on Friday to overhaul them.

The Jamaican Russell, 33, known for his hard-hitting ability and knack for picking up wickets with his medium pace bowling, suffered a hamstring injury against Chennai Super Kings last month and has missed the last four outings of the side.

“We are taking it day by day,” Morgan said at the post-match presentation on Thursday.

“We know that he heals quickly. He has proved that last year. He had a two-and-a-half inch hamstring tear last year and came back in two weeks. He is working incredibly hard.”

KKR will play their eliminator in Sharjah on Monday allowing Russell a few more days to get fit.

“He is maybe a game away so I think he will be pushing hard to get back in for the (playoffs) which will be a huge boost not only for us but the competition. He is world class and he provides lots of entertainment.”