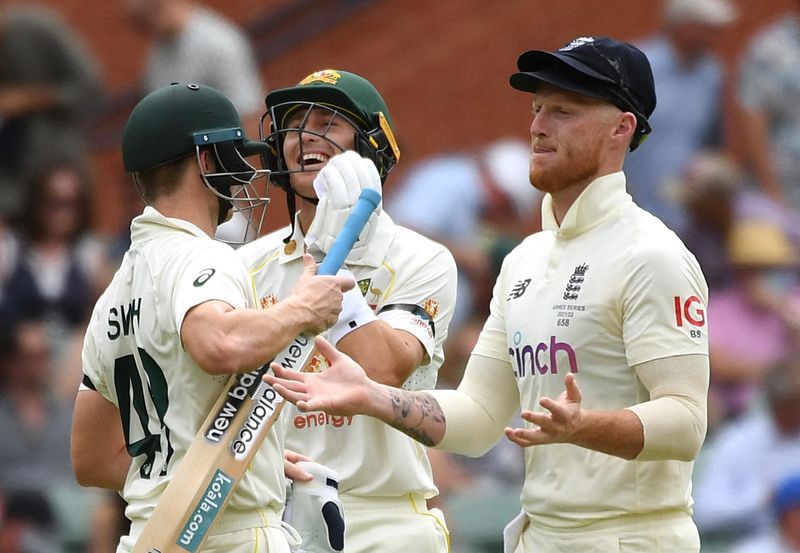 ADELAIDE (Reuters) – Marnus Labuschagne fell after completing his century before stand-in captain Steve Smith made an unbeaten 55 to push Australia to 302-5 at the end of the opening session on day two of the second Ashes test against England on Friday.

England also claimed the wickets of Travis Head and Cameron Green to claw their way back into a match that had been drifting away from them.

Alex Carey was batting on five at the dinner break alongside Smith.

The touring side brought out the big guns, Jimmy Anderson and Stuart Broad, to open the bowling on a hot and overcast day at the Adelaide Oval.

Two balls later, it looked all over as the 27-year-old was caught behind off Ollie Robinson’s first ball of the day.

Labuschagne was almost back in the members’ pavilion when television footage showed Robinson’s foot was fractionally over the crease and the batsman, who had been dropped twice during his knock, was recalled.

Just one run later, however, Robinson had his revenge, clean bowling Labuschagne for 103 off 305 balls. Australia tested the waters with a review appeal but there was no reprieve.

Head made 18 before Joe Root bowled him and Ben Stokes claimed his second wicket when he pegged back the off-stump of Green (two).