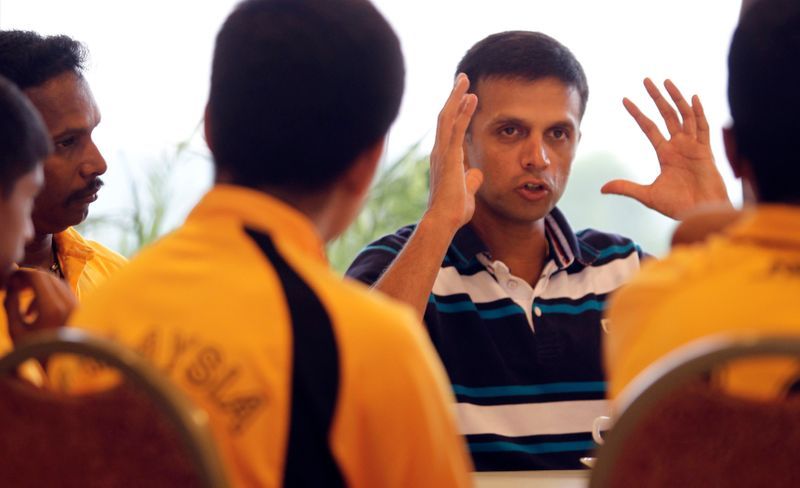 MUMBAI (Reuters) – India’s fringe players will have a chance to impress in the absence of big names when the hosts kick off their two-match series against inaugural World Test Championship winners New Zealand at Kanpur on Thursday.

The series will be the first in the longest format between the two sides since they met in the final of the WTC but the setting and the personnel at Green Park will be starkly different from that June contest in Southampton.

It will also be India’s first test series under head coach Rahul Dravid, a batting great who played 164 tests and 344 one-dayers between 1996 and 2012 and accumulated more than 10,000 runs in both formats.

Dravid succeeded Ravi Shastri after the Twenty20 World Cup and has already tasted success against New Zealand during the three-match T20 series, which his team won 3-0.

The hosts will be without captain and batting mainstay Virat Kohli, who decided to skip the first of the two tests, while batter Rohit Sharma, wicketkeeper Rishabh Pant and fast bowlers Jasprit Bumrah and Mohammed Shami will miss both matches.

Batter KL Rahul was also ruled out on Tuesday due to a left thigh muscle strain and replaced by Suryakumar Yadav.

The side will be led by Ajinkya Rahane in Kanpur with Kohli returning at the helm for the second and final contest in Mumbai from Dec. 3.

New Zealand will also be missing first-choice players in pace spearhead Trent Boult and all-rounder Colin de Grandhomme and will have their task cut out against the formidable Indian spinners in their own backyard.

The touring side will also not find much confidence from their past record in India where they have never won a test series let alone a test match since the 1988/89 tour.

“They’re one of the great challenges on the test calendar,” New Zealand head coach Gary Stead told reporters on Tuesday.

“It’s something we haven’t done for a while, we haven’t been here since 2016 but we’re certainly looking forward to what’s ahead.”

While the Indian batting and fast bowling department would need reinforcements in the absence of key players, the hosts have their first-choice spinners in Ravichandran Ashwin, Ravindra Jadeja and Axar Patel available.

In the absence of Pant, the experienced Wriddhiman Saha is expected to don the wicketkeeping gloves.

“We have that (home) advantage, but we can’t take New Zealand lightly at all,” India vice-captain Cheteshwar Pujara said.

“They’ve played excellent cricket and they’re a good side in all the formats. We’ll stick to our game plans, we’ll stick to what we know, how to play in Indian conditions.”