Cryptocurrency fraud soars, spurring state action in the US 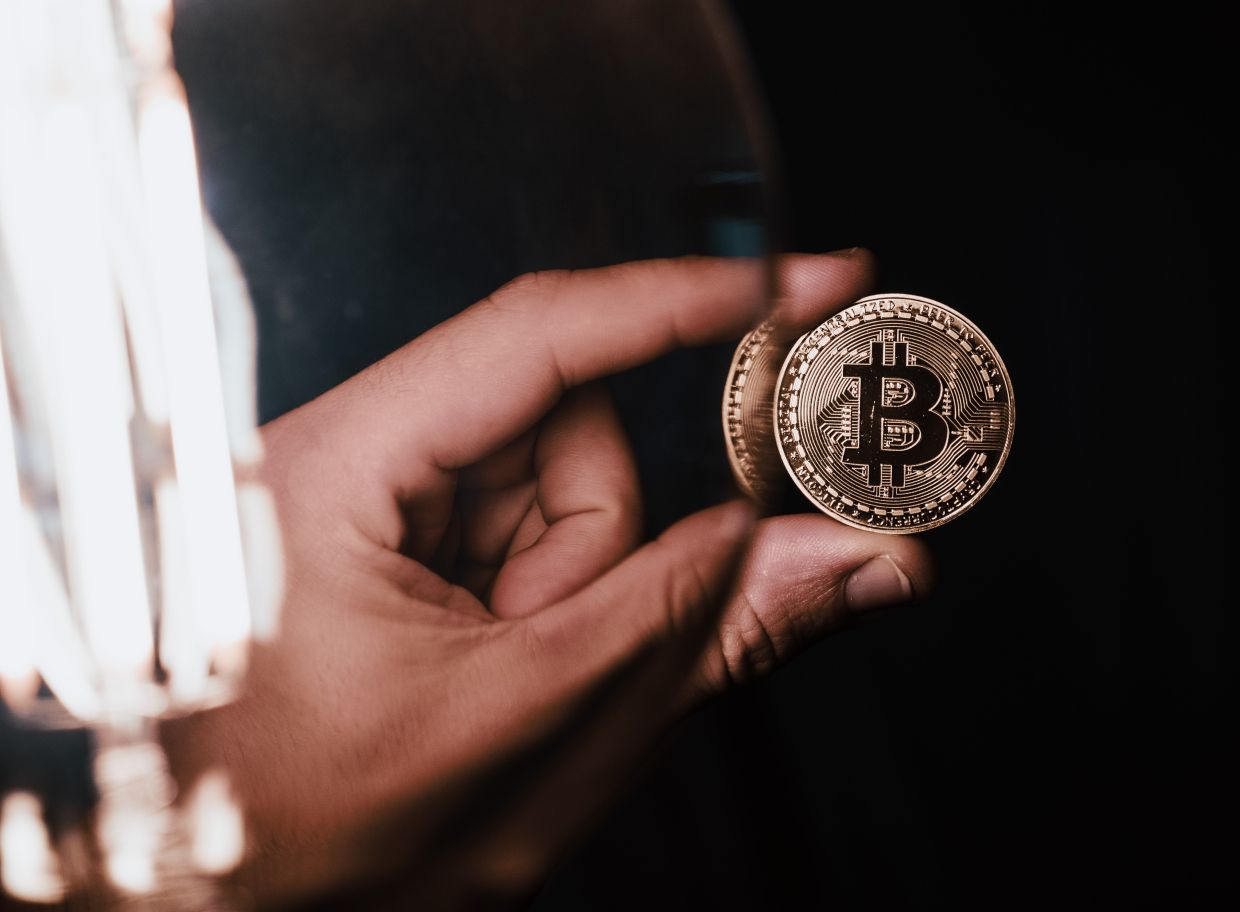 Has “Elon Musk” asked you to send him Bitcoins, offering to double your money? Did you get an official-looking solicitation from the Texas firm “Peters Wealth Management” to buy cryptocurrency? How about someone on a dating app touting a “great new investment”?

All of these are scams involving the latest buzz-worthy investment — cryptocurrency. While legitimate currencies such as Bitcoin can offer good, if often volatile, returns, scam artists are proficient at separating unwise investors from their money.

State attorneys general and regulatory agencies are cracking down. Attorneys general in Massachusetts and New York have issued fines and cease and desist orders to stop bogus crypto companies from bilking customers. The Federal Trade Commission has collected thousands of complaints about scams like the fake Musk affair. And some states are considering or have enacted new laws to try to regulate the cryptocurrency market.

The FTC reported in May that consumers sent more than US$2mil (RM8mil) to impersonators pretending to be Tesla boss Elon Musk over the previous six months. From October 2020 to May, nearly 7,000 people reported losses of more than US$80mil (RM334mil) on that and other fake crypto schemes, with a median loss of US$1,900 (RM7,939), according to the FTC.

In a preliminary report from the third quarter of this year, the FTC found that people lost US$200.8mil (RM839mil) from fraudulent cryptocurrency payments, second only to the US$202.1mil (RM844mil) victims lost from illegitimate bank transfers.

Massachusetts Attorney General Maura Healey, a Democrat, last year announced enforcement actions against a company that processed payments for a fraudulent cryptocurrency called “PlexCoin,” that is itself the target of federal investigation.

In New York, Attorney General Letitia James last month ordered two unnamed companies to stop activities in the state because they are not registered and are operating outside the law.

Just last week, the Texas State Securities Board issued a cease-and-desist order against a fake company that the agency said is fraudulently offering cryptocurrency mining investments. Owners of Treasure Growth Investments had been offering “lucrative” returns over very short periods of time — 10% returns over 30 days and 80% returns over 120 days, according to the order. But the funds instead went directly into the bank accounts of the principals, the order said. There have been no arrests.

“The numbers all show there’s been a significant increase in cryptocurrency fraud during the pandemic,” said Joe Rotunda, director of enforcement for the Texas State Securities Board, which regulates the securities market in the state. Rotunda also is vice chair of the enforcement section of the North American Securities Administrators Association, a membership group that includes all U.S. states.

Investigations nationwide have grown significantly since 2019, when there were 67 investigations of digital asset fraud in all 50 states, he said. A year later, the number of investigations had nearly doubled to 125.

“I know this: We saw a rapid increase targeting consumers during the pandemic.”

Part of the growth in scams, Rotunda said, may have to do with people losing their jobs and needing the sort of quick cash touted by the crypto scammers. Also, he added, people are on social media more, and see more posts advertising the scams.

But much of the growth has to do with interest in the legitimate profits in cryptocurrency such as Bitcoin. One bitcoin was worth about US$6,000 (RM25,071) before the pandemic, but the value has increased tenfold, hitting a peak near US$70,000 (RM292.495) earlier this month. Investors look at that growth, he said, and think all crypto investments will do as well.

Enforcement actions have been taken in a variety of other states, and bills to regulate, control or otherwise get a handle on the cryptocurrency market have been moving through legislatures as well. A National Conference of State Legislatures survey found that more than 30 states considered bills in this year’s legislative sessions dealing in some way with cryptocurrency regulation.

Nebraska this year became the second state to create a special bank-like institution to govern virtual currencies and other digital assets. Wyoming was the first, in 2019, and Texas also enacted a new law this year. Nebraska Gov Pete Ricketts, a Republican who is the son of Joe Ricketts, founder of the brokerage firm TD Ameritrade, signed the legislation.

The new law calls for separate financial institutions to hold cybercurrency, with requirements that the currency traded there must be US chartered and provide ownership and other disclosures to the bank. It is designed to provide more transparency and stability to the crypto market, advocates say. Existing banks also can open crypto divisions under the law.

Nebraska state Sen. Michael Flood, a Republican who introduced the bill and guided it to passage, said “good” players in cryptocurrency “want to run toward regulation and be in the front of this industry for the right reasons.” Cryptocurrency companies have lobbied against federal regulation, however.

Younger people testified before the legislature in favor of the state measure, he recalled, but the banks were leery of anything that might undermine trust in banks. They eventually came around, however, Flood said in a phone interview.

Flood likened cryptocurrency to “points” accrued in a hotel reward system. “It’s not backed by cash, it’s a commodity,” he said. “If a hotel chain says it takes 60,000 points to book a room one day and 40,000 the next, that’s what it’s worth.”

Kelly Lammers, director of the Nebraska Department of Banking and Finance, said in an interview that the law, which took effect last month, was “written specifically to identify customer concerns and address issues of fraud.”

“It enables someone wishing to do legal business a way to work with a regulated entity and do that in a way that they are identifying their transactions,” Lammers said. “They would have their activities on a central blockchain in a regulated environment.”

Blockchain, the behind-the-scenes technology of cryptocurrency, is a digital record of transactions maintained across multiple computers that are linked in a peer-to-peer network.

Lammers said regulating the crypto market might turn off some investors who value the wildness of the current cryptocurrency universe and the opportunity to gain and lose large amounts of money quickly. But, he said, the new banking entities would provide a level of security to investors who are seeking that. While the cryptocurrency banks do not insure deposits like ordinary banks do with cash, they will provide a level of oversight.

In Texas, Gov Greg Abbott, a Republican, signed a law this year establishing that the purchaser of virtual currency gets the rights to that currency from the previous owner. The law also brings cryptocurrency under the same state business code that applies to other ordinary transactions.

Christopher Leach, an attorney in the Federal Trade Commission’s Division of Financial Practices, said in an interview that one reason cryptocurrency scams are so hot right now is that Bitcoin currency is so hot.

“Once you have a hunger for an asset class, you have people who can use time-tested scam techniques — promises of high returns, double, triple money things,” he said.

Payments in cryptocurrency aren’t like payments by credit card, he pointed out. Once the payment is made, there’s no way to recover the money if the scammers disappear.

And they do disappear.

“It’s a significant problem,” said Steve McNew, senior managing director and global head of the blockchain and cryptocurrency practice at the Houston office of FTI Consulting.

FTI helps states and financial institutions track fraud. McNew said the fraudsters lure investors with promises of great returns and produce reports for customers on “how great you are doing. They really hook you well into the sense of security and the sense that you are going to be a millionaire really quickly. Then they entice you to invest again.

“At some point, the investor wants to make a withdrawal and the fake firm says the investor has to pay an ‘exit fee’ and some taxes, and as soon as that happens, the money is no longer available,” McNew said. “Then the jig is up.”

With a couple of states leading the way, and the federal government studying the market as well, McNew said it’s only a matter of time before the entire industry is regulated. “We will get there,” he said.

The cryptocurrency industry is spending mightily to shape federal regulation, according to OpenSecrets, a nonprofit group that tracks money in politics. The industry spent US$2.4mil (RM10mil) on lobbying from January through August. Among their goals was a bid, ultimately unsuccessful, to block a new IRS cryptocurrency reporting rule from being included in the federal infrastructure bill. The industry is on pace to nearly double the US$2.8mil (RM11.7mil) it spent lobbying in 2020, the group said.

Neeraj Agrawal, communications director at Coin Centre, a non-profit research and advocacy centre that calls for less regulation to “preserve the freedom to innovate” in the cryptocurrency market, said in an interview the currency “is already regulated.”

But many new investors in the cryptocurrency market may not understand much about the current regulatory structure, or the currency itself, for that matter, said Rotunda, the Texas regulator.

“My mom pays for groceries with her checkbook,” Rotunda said. “She goes to a physical bank. But now, the word ‘Bitcoin’ is in her vocabulary.” – Stateline.org/Tribune News Service