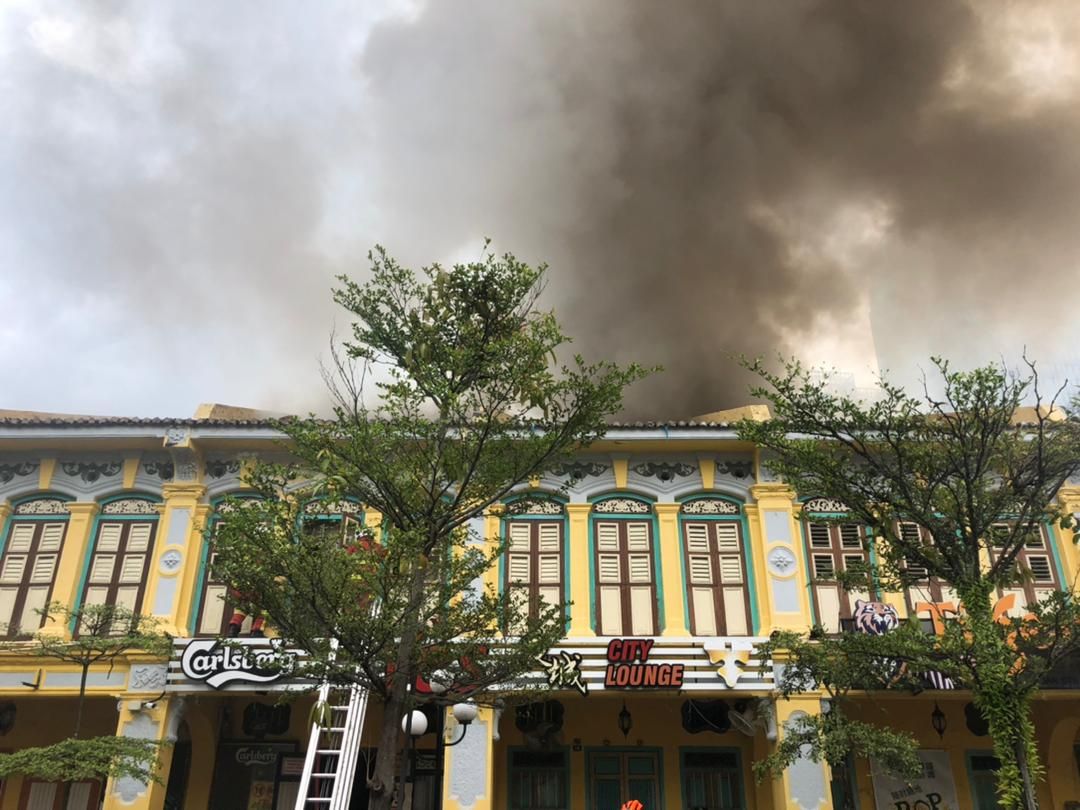 GEORGE TOWN: A 44-year-old woman, believed to be a disabled person, was killed after she was trapped in a two-storey shophouse that caught fire at Jalan Krian here on Friday (Oct 8).

Jalan Perak fire station chief A’azelan Hassan said that the department dispatched 19 firemen who arrived at the scene at about 3.40pm.

“The upper storey of the building was engulfed in fire and destroyed about 30% of the shophouse,” he said when contacted.

A’azelan said the staircase of the shophouse was filled with thick smoke and all the windows were sealed with wood planks.

He said upon reaching the first floor, firemen found the victim lying lifeless on the bed in one of the rooms next to the staircase.

“We also found several pieces of equipment such as a wheelchair and three-foot cane (tongkat tiga kaki) next to the bed,” he said, adding that the victim was pronounced dead by health personnel on the scene.

He said the fire was contained around 4pm and was completely put out at 4.29pm.

The operation was also assisted by firemen from the Paya Terubong, Lebuh Pantai fire stations and volunteer firemen.

The operation ended at 5.32pm, and the cause of the fire is still being investigated.