Dropbox Capture: screen recording for the era of remote working 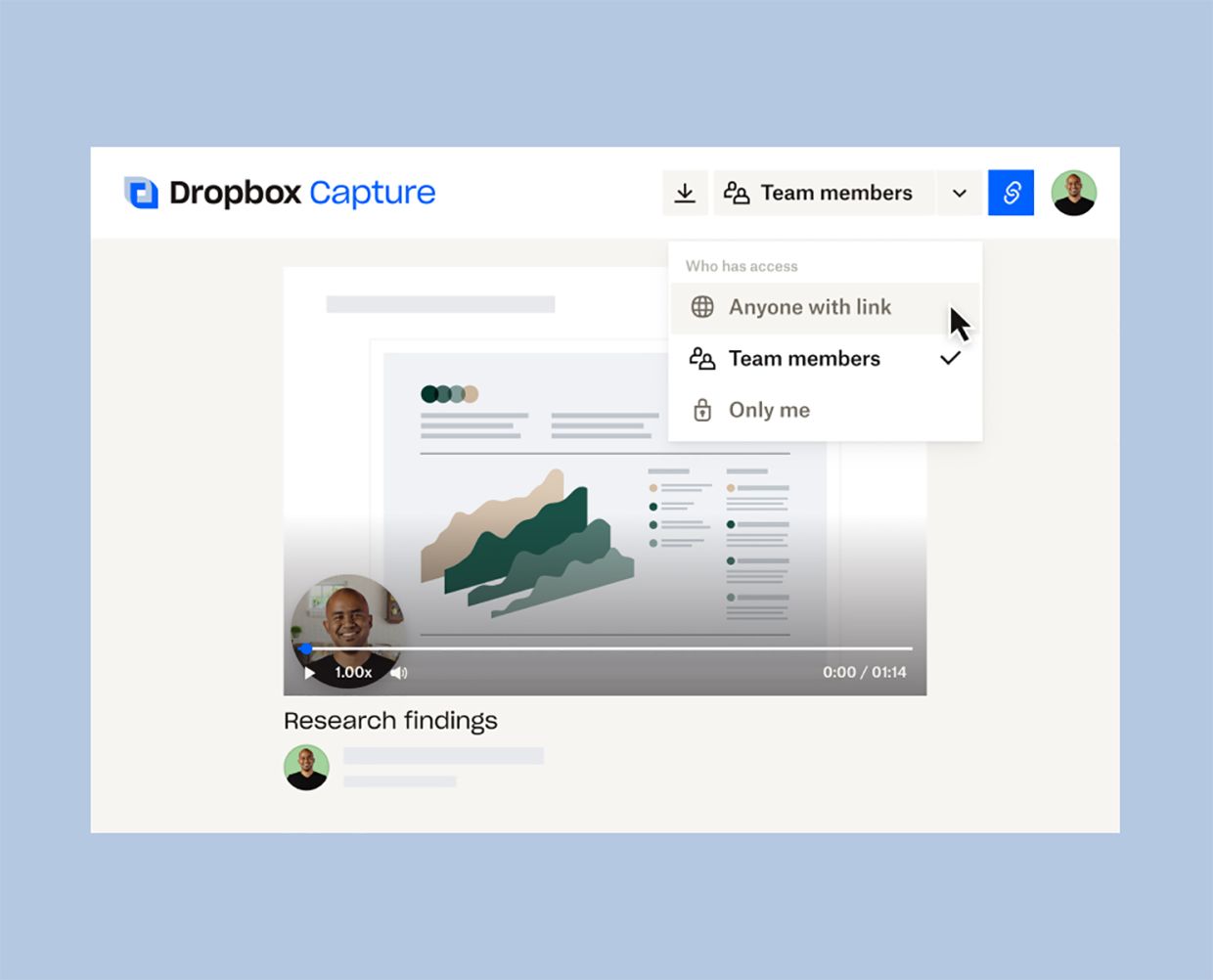 You have to explain a new work process to colleagues. Do you draw up a long email that they may not even read? Or worse, put it all in a Word document first and then attach it to an email?

No amount of bullet points and bold headlines will make it easier to understand the workflow involved in getting started on a new piece of software at work.

Instead, in the era of distributed teams working across different time zones and in hybrid settings, recording your screen is often the only way to go.

In an effort to make it easier to explain things without the need for resorting to emails or video tutorials, Dropbox has created a new tool that lets you record your screen to introduce others to new workflows.

It’s called Capture and it lets you record screen and/or webcam images that can then be shared with other people – be they colleagues on a distributed team, clients or project partners.

And because the whole thing doesn’t happen live, it also works across different time zones, as the video can be watched whenever your colleague finds the time.

Capture covers virtually all conceivable and usable recording scenarios: you can do simple screen shots, but also screen videos and even have your own webcam video mapped on top of it for personal explanations.

Because Dropbox first wants to gather experience with the new tool, use is free for an indefinite period for both private and business purposes.

For the time being, Capture is only available in English. Anyone who wants to use it on Windows or Apple computers must download and install the software from Dropbox. – dpa