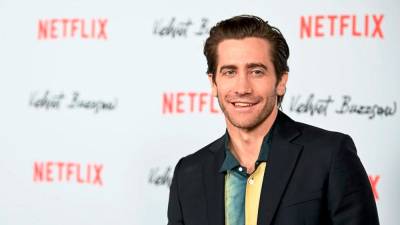 JAKE GYLLENHAAL’S latest film, The Guilty, was shot in just 11 days during the Covid lockdown.

The film, which was released just last month on Netflix, follows a troubled cop who has been demoted to 911 operator duty, and who takes a distressing phone call from an abducted woman.

Gyllenhaal and director Antoine Fuqua discussed the experience of filming the movie in such a short time, in a recent interview with Collider.

When Gyllenhaal pitched it to Antoine, he said: “I know you’re not available, but we can do this in five days, and that would be really fun, don’t you think?”

He admitted that he did not think it was a story in which “you can indulge” too much, and that comes across in the movie.

The Guilty is a remake of the 2018 Danish film by the same name from director Gustav Möller.

The film stars Gyllenhaal and Christina Vidal, with the voices of Ethan Hawke and Riley Keough.