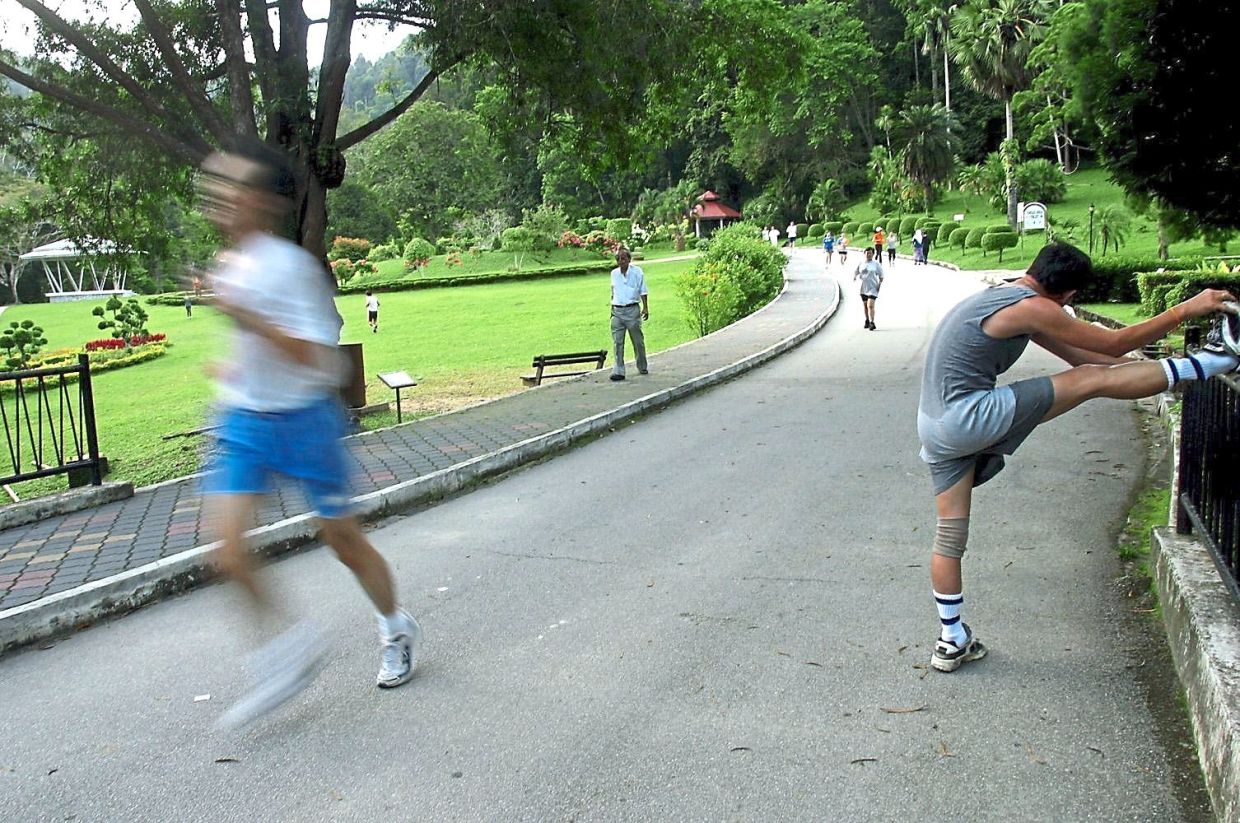 A study published in the journal Blood Pressure Monitoring shows that the benefits of physical activity for hypertensives (people with high blood pressure) can be boosted if it takes place between 6pm and 9pm.

The analysis focused on heart rate recovery (HRR), commonly defined as the deceleration in heart rate after cessation of exercise.

The investigation was conducted by postdoctoral fellow Leandro Campos de Brito, under the supervision of Cláudia Lúcia de Moraes Forjaz, a professor at the University of São Paulo’s School of Physical Education and Sports (EEFE-USP) in Brazil.

The experiment involved 49 middle-aged hypertensive men who had been medicated for at least four months with the same type of drug and the same dosage regimen.

They were divided randomly into three groups: morning exercise (7-9am), evening exercise (6-9pm) and control (no aerobic training).

The participants carried out the training programme three times a week for 10 weeks, exercising with moderate intensity on a stationary bicycle for 30 minutes in the first two weeks and for 45 minutes thereafter.

The control group did stretching exercises that would have no effect on the HRR for 30 minutes.

In assessments conducted before and after the programme, HRR was measured 60 seconds and 300 seconds after cessation of exercise.

According to Dr Brito, about one in four of the participants did not respond to the training programme in terms of blood pressure control, and non-conventional strategies are required for these patients, such as training at a time of day when benefits are maximised.

His initial idea during his PhD research was to study the long-term effects of exercise in terms of cardiovascular (heart) benefits in general.

This included HRR as a measure of cardiac autonomic regulation.

“This mechanism can be inferred by measuring HRR in the first 60 seconds [a typically parasympathetic response] and 300 seconds after the end of a maximum cardiopulmonary effort test.

“The latter response points to both the efficacy of the parasympathetic nerves in HRR and deceleration of the sympathetic component, which intensifies during exercise.”

According to the researchers, the fact that both the fast and slow phases of HRR increased during evening exercise suggests that training in the evening is beneficial for both parasympathetic and sympathetic components of the cardiac autonomic system.

The results also show that the beneficial effects of evening exercise are not limited to the length of the exercise itself.

“We evaluated people in the morning and evening, and the results of both assessments were better for those who trained in the evening,” Dr Brito said.

The researchers are working to understand the mechanisms that make the improvement from evening exercise more significant.

During Dr Brito’s PhD research, he and his colleagues discovered that baroreflex sensitivity (an autonomic mechanism that controls arterial blood pressure between heartbeats) increased as a result of exercise training.

“Each time your heart beats, the baroreflex mechanism assesses whether blood pressure has risen or fallen too much, and corrects it.

“However, this was a spontaneous measurement made while the subject was at rest.

“As part of my postdoctoral research, we’re stimulating baroreflex sensitivity to the utmost with medications.”

He adds: “No one is at rest all the time.

“We all have to deal with physical, cognitive and emotional challenges, and this autonomic control is required for those as well.”

Cardiovascular functions vary during the 24 hours of any day.

“What’s expected is that when we wake up in the morning, our blood pressure rises, peaking around 10am, and stabilises until mid-afternoon, around 3pm, when it falls a little,” Dr Brito explains.

“It peaks again between 6pm and 8pm, after which it declines.

“Both blood pressure and heart rate are lowest in the small hours before dawn.

“Our proposition is that evening exercise occurs in a window of opportunity for a significant improvement.”

Baroreflex sensitivity is better and the sympathetic system less active in the evening.

“In addition, the 24-hour cycle entails a lower heart rate and less resistance in blood vessels in the evening, a time when stress on the cardiovascular system is low.

“This appears to explain why evening exercise is more beneficial.

“It’s a hypothesis to explain our results,” he says.

Morning exercise is also beneficial, but less so.

“It’s important to say that any time of day is better than none as far as exercise is concerned. In other words, we need exercise.

Resistant hypertensives, who take anti-hypertensive medication four or more times per day, need a better approach to the problem than the conventional ones.

“Our results are very relevant to the treatment of these patients,” he says.

At least 150 minutes of moderate exercise per week is the recommendation for an adult.

“If you do only the 150 minutes, you’re 7% less likely to become hypertensive in adulthood.

“The exercise can be any kind of activity, including housecleaning.

“For those who are already hypertensive, doing the recommended minimum reduces the likelihood of complications from high blood pressure by 50%,” he says.

“Structured aerobic exercise is as beneficial for hypertensives as taking anti-hypertensive medication.

“In the guidelines issued by the Brazilian Hypertension Society (SBH), the first recommendation is a change of lifestyle, not the use of medication, if permitted by the patient’s clinical condition,” says Dr Brito, who also heads SBH’s physical education department.

“All hypertensives should get regular aerobic exercise.” – By Karina Ninni/Agência FAPESP