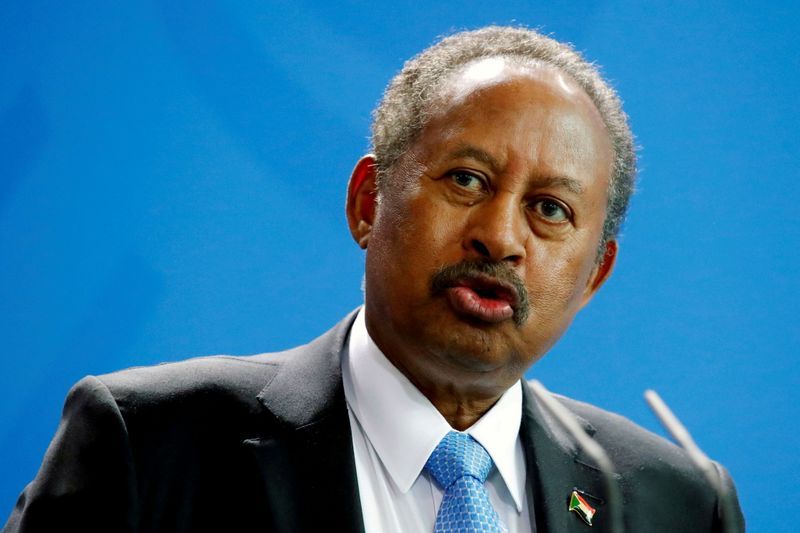 KHARTOUM (Reuters) – Sudan’s Prime Minister Abdalla Hamdok said on Monday that maintaining economic gains from the past two years was among the reasons he has decided to return to his post, under a deal with the military nearly a month after he was removed in a coup.

In an interview with Reuters at the Khartoum residence where he had been held under house arrest following the Oct. 25 military takeover, Hamdok said he believed a technocratic government would have a chance to improve living standards.

Prominent political parties and Sudan’s powerful protest movement have opposed Hamdok’s decision to sign the agreement with the military on Sunday, with some saying it provided political cover for the coup.

“Among the reasons for my return is preserving the economic gains and the economic opening to the world,” Hamdok said.

“We will continue our contacts with international financial institutions, and the new budget that will begin in January will proceed on the path of economic reform and open the door to investment in Sudan.”

He said a technocratic government could help improve Sudan’s economy, which has suffered a prolonged crisis involving one of the world’s highest rates of inflation and shortages of basic goods. It could also work towards completing a peace deal signed with some rebel groups last year to end years of internal conflict, Hamdok said.

“We are committed to the democratic path, freedom of expression and peaceful assembly and greater opening to the world.”