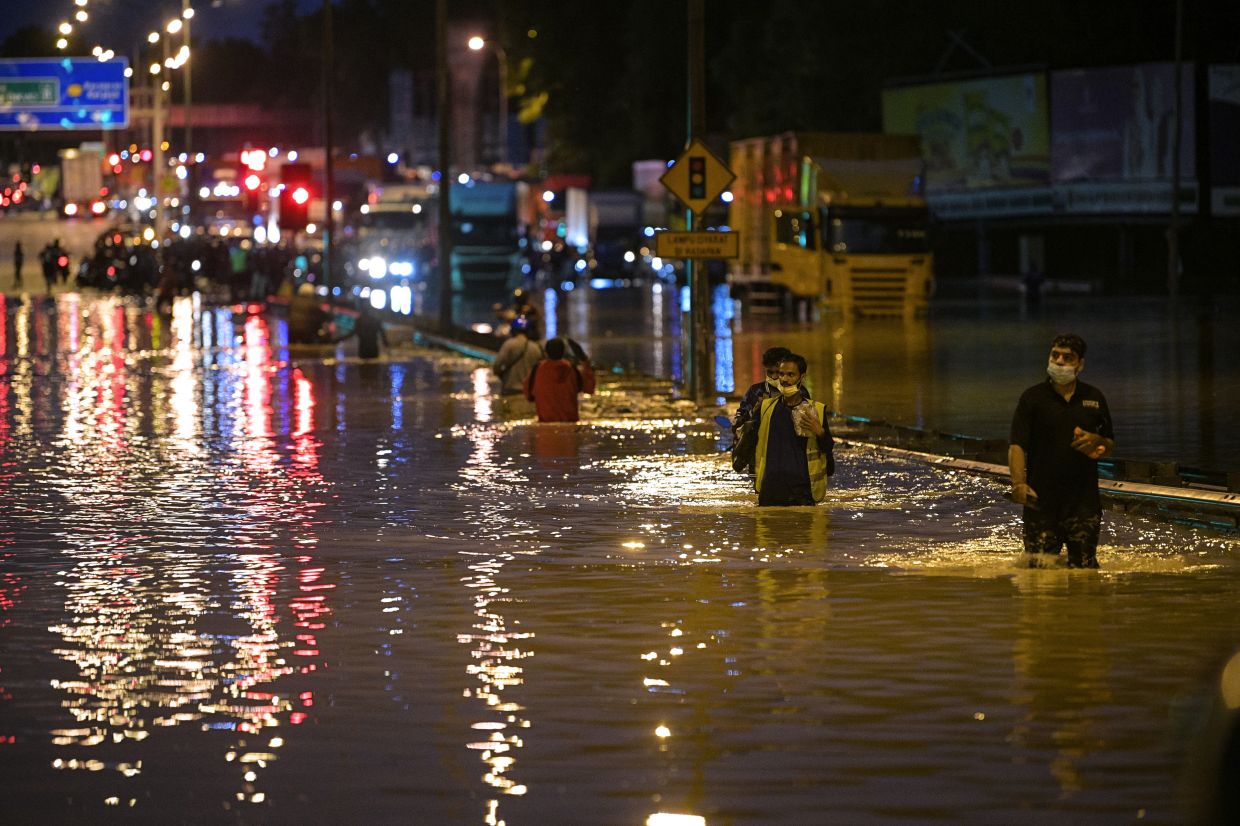 KUALA LUMPUR: Several stretches of highway in the Klang Valley were blocked and toll plazas closed since Saturday (Dec 18) afternoon due to heavy rain from Friday (Dec 17) causing flooding and forcing motorists to find alternative routes.

Based on an update at 6.07pm Saturday, flooding at KM8.3 southbound on the NKVE from Shah Alam to Setia Alam had blocked all lanes and a mandatory exit lane had been created at the Subang toll plaza.

All lanes here northbound on the NKVE from Setia Alam to Shah Alam were also blocked.

Additionally, all lanes northbound and southbound at KM3.0 (Shah Alam/Seafield) on the Elite were blocked and motorists had to find another approach.

At USJ, motorists driving towards Shah Alam on the NKVE had to make a detour to Exit 104 Subang due to flooding.

A few Bernama journalists were also stranded while reporting on the flood in Kuala Lumpur and the Klang Valley.

During their observation at the Federal Highway, they saw tens of cars marooned in flood water following heavy rain since Friday afternoon.

Sungai Gombak was almost bursting its banks, as well.

In Shah Alam, Bernama saw roads connecting Setia Alam with Bandar Bukit Raja and Meru under 2m of water in some places.

People had also swarmed grocery and convenience shops for essentials such as food as they were worried the floods could last longer. – Bernama