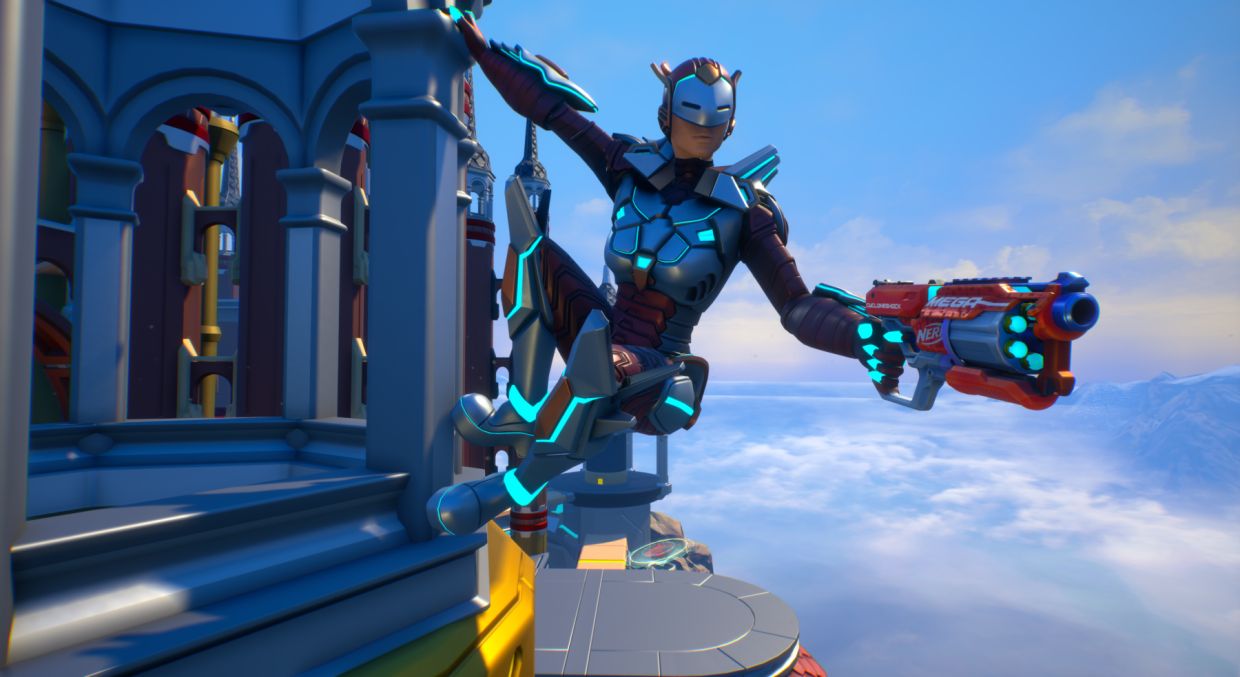 First person shooter games are exciting, but tend to be bloody. If you’re not into bullets, explosions and gore you might like “Nerf Legends.”

Based around the foam projectile-firing toy guns, this game does without graphic violence, but is still fast and challenging.

Players find themselves in a futuristic world where they use their Nerf guns to battle countless robots and boss opponents.

Besides having a fast finger on the trigger you’ll need to solve numerous puzzles and challenges in brightly coloured levels that are reminiscent of “Fortnite.”

Three foam guns are available at the start, and you can unlock another 12 in the course of the game, provided you achieve the necessary successes.

Reviews for this game have, so far, been anything but glowing and one of the major pain points for gamers has been handling the weapons, which takes some getting used to, to say the least.

Accurate shooting is a real challenge and as well you’ll find yourself constantly reloading as the magazines are quite small.

In addition to the controls, the menus could also use a little polishing. Navigating through the character editor and game modes really can’t be called intuitive. The overall impression is of a game with potential that need further development and tweaking.

In addition to the single-player mode with several levels that more or less build on each other, there is also a multiplayer mode where you can compete against other Nerf players from all over the world.

According to the developer, “Nerf Legends” is cross-play capable, so you can also compete against players with consoles from other manufacturers and against PC players.

“Nerf Legends” is available for PCs, the Nintendo Switch, the Xbox, and the Playstation and costs around US$50 (RM210). — dpa