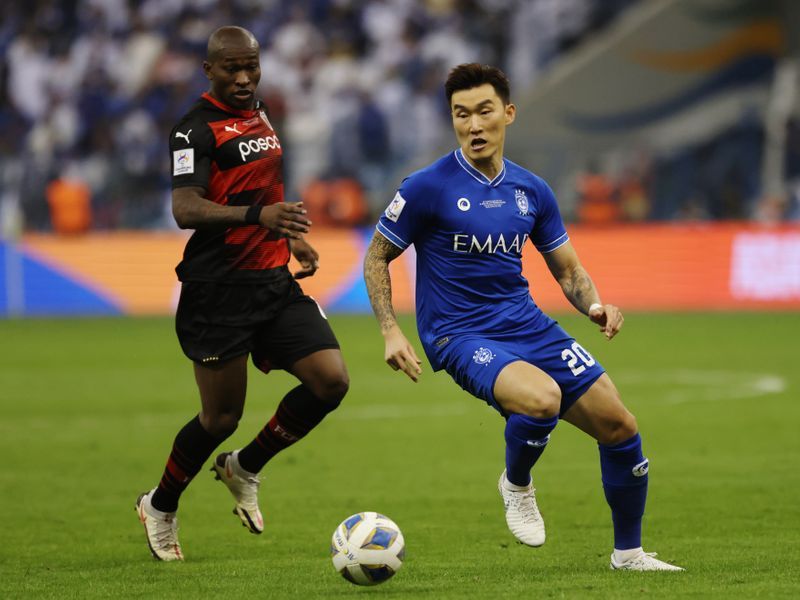 (Reuters) – Nasser Al Dawsari scored the fastest goal ever in an Asian Champions League final on Tuesday as Al Hilal won a record fourth continental crown with a 2-0 victory over South Korea’s Pohang Steelers in Riyadh.

Al Dawsari’s 25 metre drive flew into the top corner of Lee Jun’s goal with 16 seconds on the clock to break Mohammad Kallon’s 16-year-old record and put the Saudis on track for a fourth title after successes in 1991, 2000 and 2019.

Pohang, who were also looking for a fourth Asian crown after the club claimed wins in 1997, 1998 and 2009, hit the woodwork through Sin Jin-ho in the 12th minute but fell short in front of a crowd of 50,000 at the King Fahd International Stadium.

Former Porto forward Moussa Marega added a second for Al Hilal 18 minutes into the second half when he held off the attention of Jeon Min-gwang to reach Bafetimbi Gomis’ through ball and score across Lee and into the far corner.

Al Hilal pick up a first prize of $4 million for winning the title and will now represent Asia at the FIFA Club World Cup when it is played in the United Arab Emirates in January.