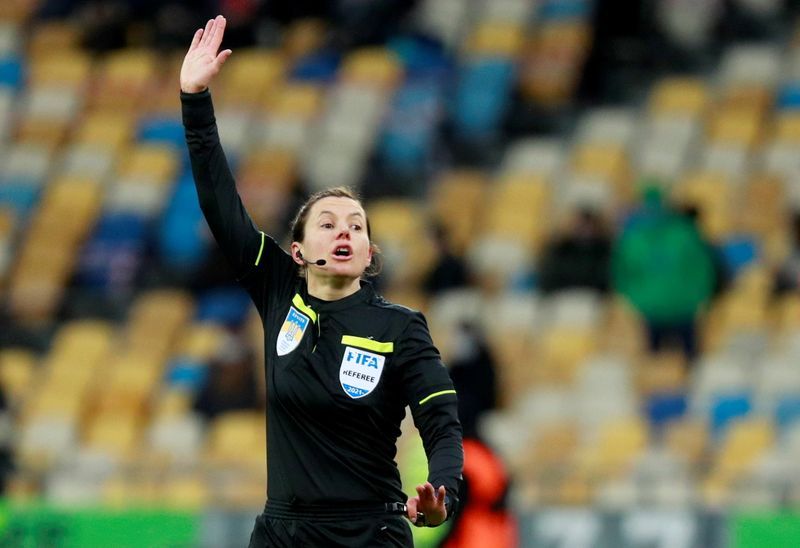 (Reuters) – An all-woman refereeing team will take charge of England’s World Cup qualifier in Andorra on Saturday, with Ukraine’s Kateryna Monzul in the middle and compatriots Maryna Striletska and Svitlana Grushko her assistants.

Experienced French referee Stephanie Frappart will be the Video Assistant Referee for the Group I game at Estadi Nacional, marking the first time an England senior men’s international will have all women referees.

Monzul officiated the UEFA Nations League match between San Marino and Gibraltar in November last year as part of the first all-female refereeing team to take charge of a senior men’s international.

She made history in 2016 when she became the first female referee in Ukraine to officiate a men’s top division match – a game between Chornomorets Odesa and Volyn Lutsk.

Among other big events, Monzul has refereed at Women’s World Cups, including the 2015 final, and at European Championships.

In the past two years, Frappart became the first woman to referee a men’s Champions League match, a French Ligue 1 game as well as a men’s World Cup qualifier.

She also became the first female official to be involved in men’s European Championship matches this year.

(Reporting by Shrivathsa Sridhar in Bengaluru; Editing by Robert Birsel)