Football: Soccer-Arsenal in much better place but Arteta not satisfied 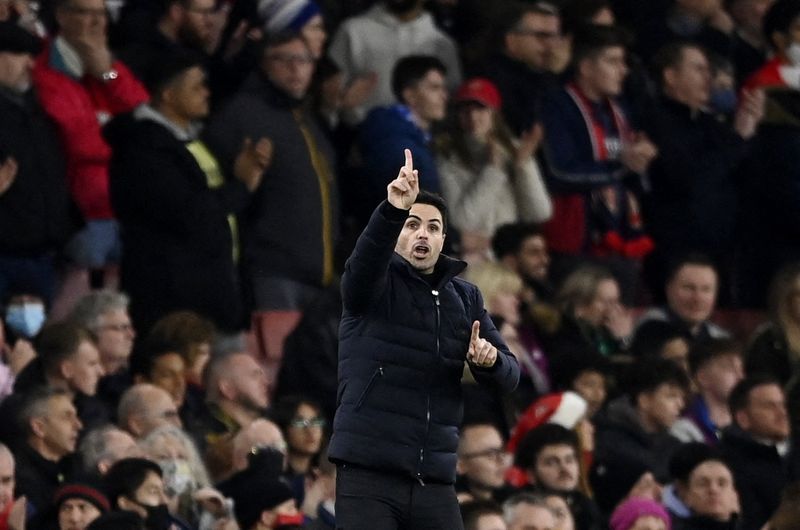 (Reuters) – Arsenal have learned a lot from their rough start to the season, manager Mikel Arteta said, but while Wednesday’s 2-0 win over West Ham United moved them into the top four he told his players they must strive for consistency if they are to go any higher.

Pierre-Emerick Aubameyang missed the match after he was stripped of the captaincy for a disciplinary breach but goals from Gabriel Martinelli and Emile Smith Rowe lifted Arsenal up two places on 29 points from 17 games.

Defeat in their opening three league games had left Arsenal bottom of the table but the London side went on a 10-game unbeaten run in all competitions between September and November to ease the pressure on Arteta.

“It’s much better than where we were,” Arteta said, “and we want to be higher. We need to find that consistency … This league is absolutely ruthless.

“We’ve had some bumps in the road but I think we have learnt a lot from them, first of all because we have stuck together, from the top of the club to every member of the team and the staff.

“Obviously they are really positive signs — not only that but also how the team is playing. We’ve made some progress but there’s still a lot to do and we have to be aware of that,” Arteta said.

Arsenal will take on 16th-placed Leeds United at Elland Road on Saturday.