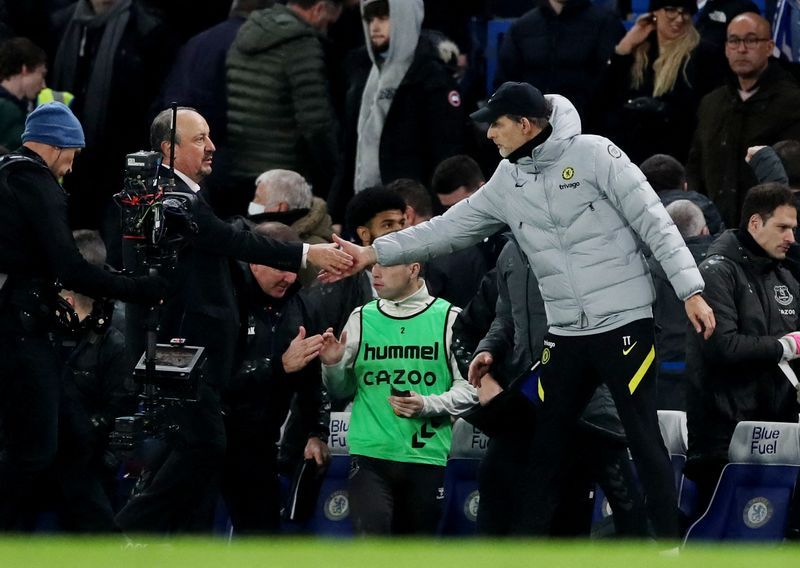 (Reuters) – Chelsea’s poor run of results is not a fair reflection of their performances on the pitch, manager Thomas Tuchel said, adding that his players finding it difficult to cope with plaudits may be one of many reasons that could explain their current form.

Tuchel’s side have only won three of their last seven Premier League games and slipped from the top of the standings to third place, four points adrift of leaders Manchester City and three behind Liverpool after 17 games.

Chelsea were held to a 1-1 home draw by a depleted Everton side and fell to a 3-2 defeat at West Ham United earlier this month, while they also dropped points against Manchester United and Burnley in November.

“We have good performances, sometimes very good, but we don’t have the results. This is exactly the place where you don’t want to be. A good performance and no result is the worst place,” Tuchel said.

“I don’t see where we played a bad game at West Ham and I refuse to analyse the Everton match from the result. It makes no sense. If you only look at results in football, you can be horribly misled. The recent results are not what we expected or deserved.

“Maybe we struggle also with the praise. I don’t think it’s one reason… It is hard to accept it, even for me because we are always looking for reasons, we always want to have the proof and we want the result to be proof of the performance.”

Chelsea will take on eighth-placed Wolverhampton Wanderers on Sunday.

(Reporting by Hritika Sharma in Bengaluru; Editing by Michael Perry)