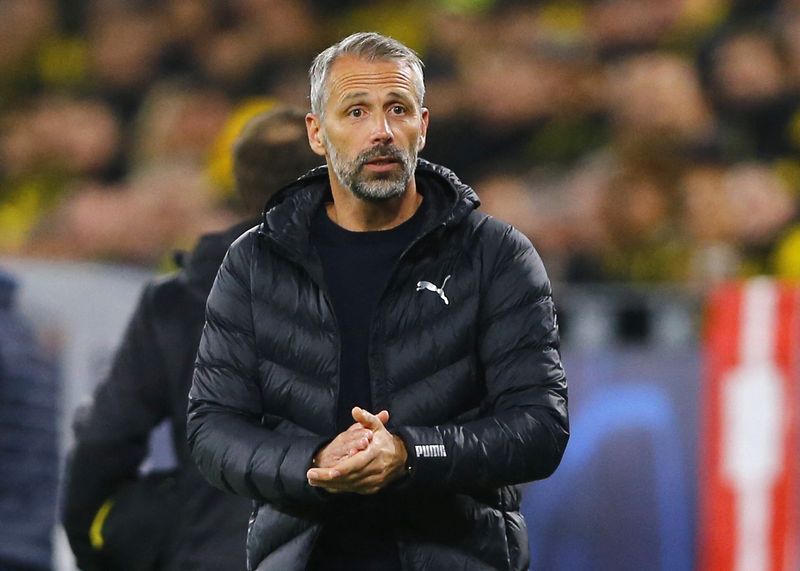 BERLIN (Reuters) – Borussia Dortmund coach Marco Rose has told his players they need to improve for Saturday’s game at Hertha Berlin, their last of the year, to turn a decent first half of the season into a better one.

Rose, however, criticised his team for what he said was their overall lacklustre performance.

The Bundesliga goes into a three-week winter break after the weekend’s matches and resumes on Jan. 7.

“We need to do it differently (than against Fuerth),” Rose told an online news conference on Friday.

“Otherwise it will be difficult to get anything out of this game in Berlin. We have to improve, be cleaner and not make our own lives difficult, especially when we have possession.”

“With the ball we made too many mistakes against Fuerth, easy mistakes and had too little push towards goal.”

Dortmund’s win over Fuerth was their first in three league games. Hertha are in worse shape and are firmly locked in a relegation battle, in 14th place and just one point above the relegation playoff spot.

Despite bringing in coach Tayfun Korkut in late November to replace Pal Dardai, the Berliners still have managed just one win in their last seven league games.

“But they can trip us up,” Rose said. “They have a lot of quality in the squad, a lot of individual quality.”

“We have played a decent first half and we can make it a bit better with success (on Saturday) and that must be our goal,” Rose said.