Football: Soccer-Five keys to the Nations League final between France and Spain 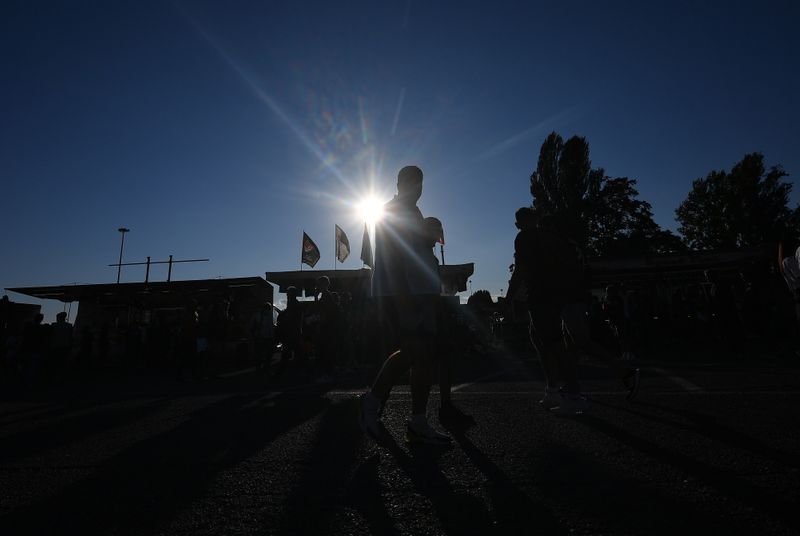 MILAN (Reuters) – World champions France face Spain in the final of the Nations League at the San Siro stadium on Sunday. The following are five keys to the match:

It is hard to think of a more powerful national team front three than France’s trio of Kylian Mbappe, Karim Benzema and Antoine Griezmann and whatever else happens across the field, Spain will have to find a way to neutralise them.

In the semi-final win over Belgium on Thursday, Mbappe and Benzema played as a partnership, looking for each other regularly while Griezmann played in a floating role just behind them.

Spain’s back line coped well enough against a three-pronged Italian attack in their semi-final but Mbappe’s speed, Benzema’s sharpness in front of goal and Griezmann’s craft will be a different proposition.

Aymeric Laporte, born in France and a former French youth player, is expected to partner Pau Torres in the centre of defence but it will be interesting to see if coach Luis Enrique makes any tactical shifts to cope with the challenge posed by Didier Deschamps’ side.

Mikel Oyarzabal and Pablo Sarabia caused Italy’s defence no end of trouble with their speed and incisiveness in the wide positions alongside forward Ferran Torres and Enrique will hope they can deliver a repeat performance.

French fullbacks Benjamin Pavard and Theo Hernandez played in advanced roles and provided a great deal of attacking width for Deschamps’ team — with Pavard even setting up Hernandez for the last minute winner at the Juventus Stadium.

Will Deschamps ask them to stay deeper and keep an eye on Spain’s wingers or will he expect his back three to take primary responsibility?

If he goes with the latter option, then Lucas Hernandez on the left of the three and Jules Kounde on the right are in for a busy night with Raphael Varane anchoring the defence in the middle.

HOW MUCH WILL KANTE’S ABSENCE COUNT?

France’s N’Golo Kante is arguably the finest defensive midfielder in the world and his absence due to a positive COVID-19 test clearly weakens France in that area.

Paul Pogba and Adrien Rabiot coped well enough against Belgium but Spain’s passing game will probe their defensive discipline more and it is crucial they don’t concede spaces.

WILL THE WONDERKID SHINE AGAIN?

One of the most impressive aspects of Spain’s semi-final win was the debut display of 17-year-old Barcelona midfielder Gavi, who despite only having made three first team starts for his club, played with the poise of a veteran.

Will Enrique trust the country’s youngest ever international to start in a final? If he does, will he handle the affair with the same calmness he showed against Italy?

If the Spain coach opts for a more conservative approach, he has Manchester City’s defensive midfielder Rodri as an alternative.

CAN TORRES BE A THREAT?

With no recognised, classic centre-forward in his squad, Enrique played Ferran Torres in the role against Italy and he scored both goals in the win.

Torres, who emerged as a winger, has played centrally under Pep Guardiola at Manchester City and is becoming increasingly used to the role.

But he will be up against one of the best central defenders in Varane and France will be hoping they can keep him away from goal more effectively than the Azzurri did.