Football: Soccer-Fluminense held to a goalless draw by Atletico Goianiense 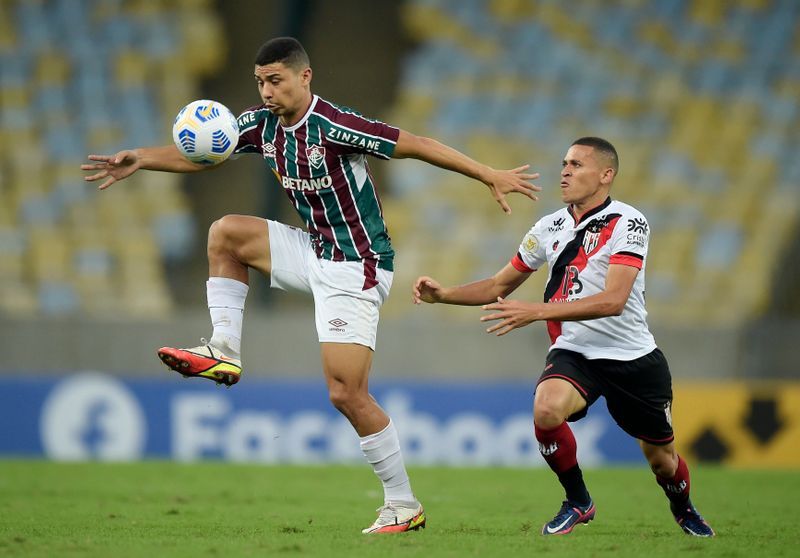 (Reuters) – Fluminense drew 0-0 with Atletico Goianiense on Saturday in a Brazilian Serie A game that ended goalless thanks only to the woodwork and the Video Assistant Referee (VAR).

Visitors Atletico had a goal chalked off midway through the second period after consultation with the VAR and Fluminense hit the bar and saw Lucca pull a shot wide of the target from six meters out with seconds remaining.

The result leaves Fluminense in ninth in the Serie A table on 33 points, two ahead of their opponents in 10th.

Hulk scored twice and Diego Costa grabbed a third as Atletico Mineiro cemented their lead at the top of Brazil’s Serie A on Saturday with a comprehensive 3-1 win over Ceara.Hulk opened the scoring with a breakaway goal in 32 minutes and then doubled Atletico’s lead with a penalty on the stroke of half time.

Former Chelsea striker Costa made it three in the 87th minute when he volleyed home a cross from the left.Gabriel Lacerda grabbed a consolation goal for Ceara in stoppage time.

The result extended Atletico’s lead at the top of the league to 14 points ahead of Flamengo, who are away to Fortaleza later on Saturday.