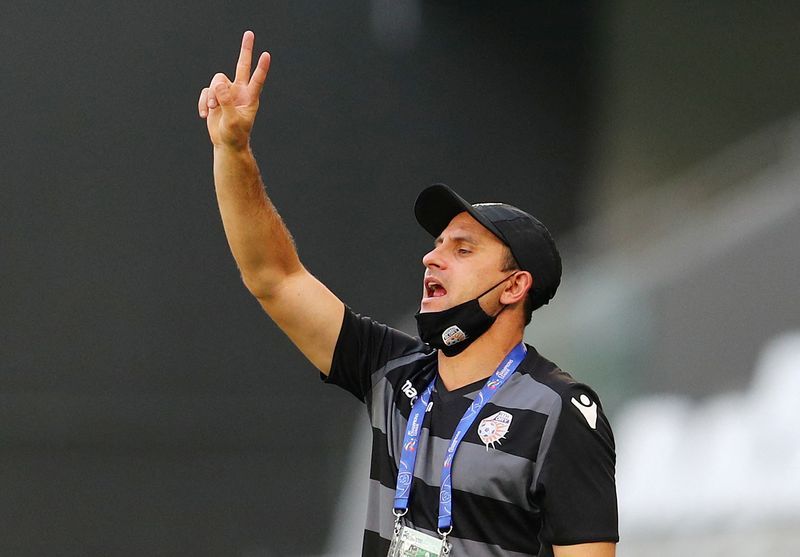 (Reuters) – Perth Glory coach Richard Garcia expects his team’s spell in Queensland quarantine will have a negative impact on the rest of their season after the A-League club’s entire squad were ordered into isolation following a single positive COVID-19 test.

Garcia and his squad were ordered to spend 14 days in quarantine soon after their arrival in Brisbane on Thursday when a player returned a positive PCR result.

Perth will not play again in the A-League this year, with matches against Brisbane Roar and Adelaide United postponed.

Players will only be able to train in their rooms during isolation and Garcia said fitness levels will suffer.

“It’s like asking a boxer to do a marathon, it’s completely different fitness,” Garcia told the Sydney Morning Herald.

“It’s not going to be easy coming out of this and again the backlog like we did last year, we thought that was behind us. We thought there would be an easier solution.”

After opening the season at home, Perth have had to play their last three league matches on the road due to stringent COVID-19 restrictions in Western Australia, picking up four points from their four games so far.

“There are going to be guys who are fully focused in here and there will be guys that are going through issues and not really concerned about their bodies due to the fact it’s been a long road trip,” Garcia said.

“Now this is probably the straw that broke the camel’s back. I think it’s something that will take time to recover from.”

(Reporting by Michael Church, Editing by Editing by Peter Rutherford)