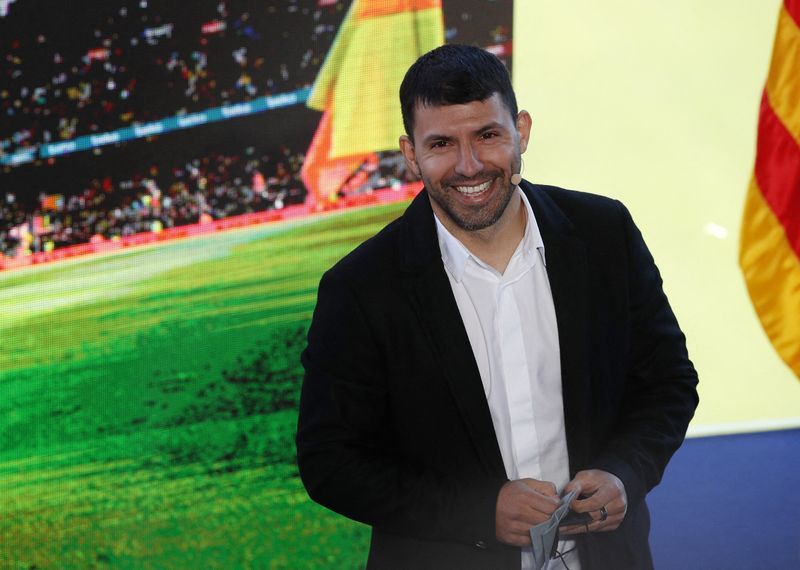 (Reuters) – Manchester City manager Pep Guardiola compared Sergio Aguero to Argentina greats Diego Maradona and Lionel Messi after the Barcelona striker announced his retirement at the age of 33 on Wednesday due to a heart condition.

Former City striker Aguero scored more than 400 goals during his 18-year career and also played for Atletico Madrid and Independiente. He won 101 caps for Argentina.

“Maradona conquered Italy, Messi did it in Spain and Aguero has done it in England, his numbers speak for themselves,” Guardiola told ESPN Argentina.

Aguero helped Argentina win the 2021 Copa America — their first major title in 28 years — and Messi paid tribute to the striker on Instagram.

“The truth now is it hurts a lot to see how you have to stop doing what you love the most because of what happened to you,” Messi said.

“We lived very nice moments and others that weren’t so much, all of them made us more and more united. We’ll continue to live them together off the court.”

“An extraordinary striker has retired from the game, but also a great team mate, friend and unique personality. Thanks and respect to an authentic City phenomenon. I wish you nothing but the best, legend,” Kompany said.

Silva added: “I know it was a tough decision you’ve had to make but you walk away like a legend. It has been an honour for me to share so many moments together on and off the pitch, you are my partner in crime.”