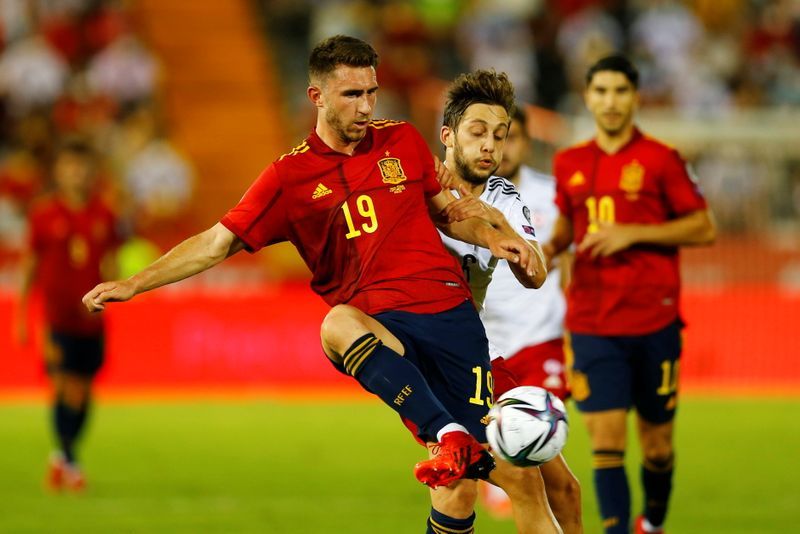 (Reuters) – The grand finale to what has been an enthralling Nations League Final Four tournament will be a memorable occasion for the players of France and Spain but for one in particular Sunday’s spectacle will live long in the memory.

Aymeric Laporte played over 50 times for France’s youth teams, captaining Les Bleus at under-17, under-18, under-19 and under-21 level. He was then called into three senior squads, but never made an appearance under coach Didier Deschamps.

The solution to his lack of international action was a drastic one to say the least but, after becoming a Spanish citizen in May, the switch of allegiance has paid off.

The 27-year-old Manchester City defender’s 12th international in that short time is set to be against the country of his birth on Sunday in Milan as Spain look to become Nations League champions – an event he is more than ready for.

“It will be a very special meeting for me but, as I have always said, I am very focused. I am 100% or even 300% with Spain,” Laporte told Spain’s official Twitter account.

“I’ll give it my all. I will face former team mates (from France’s youth teams) but the only thing I think about is winning this final, that’s the most important thing for me right now.”

The centre back grew up in south-west France but moved to Spain in 2010 to join the Athletic Bilbao youth academy.

The decision to switch country, which players can do as long as they have not featured in more than three matches for that nation before the age of 21 and have not played at a World Cup or continental tournament, was not straightforward.

In 2016, Laporte said, while on international duty with France, he had the chance to become a Spanish citizen but elected to stay with Les Bleus in pursuit of a first cap.

His full international bow remained elusive though as Laporte got injured when named in the France squad for the Euro 2020 qualification fixtures against Albania and Andorra, before Spain coach Luis Enrique’s interest was piqued.

“As soon as Aymeric was able to play for us he began to make a huge contribution,” Luis Enrique said in July. “He is a top player in both the attacking and defensive phases.

“He is an excellent defender and we are all delighted that he has decided to play for Spain.”

The relationship with Deschamps was not quite so positive, with both sides accusing each other of lying over whether Laporte sent the France coach a message to inform him of the allegiance switch.

That is all water under the bridge now, with Laporte, who has won his place back in the City side this season with a string of impressive performances, a key part of an exciting, young Spanish side.

Spain shocked many by ending Italy’s world record 37-game unbeaten run en route to the Nations League final and, after falling at the semi-final stage to the Italians in Euro 2020, Laporte is aiming to go all the way this time around.

“It was very important to take our revenge on Italy after what happened at the European Championship,” he added. “Beating Italy gives us confidence to come home with a gold medal around our neck.”