Football: Soccer-Italy switching focus to game of the year against Swiss – Mancini 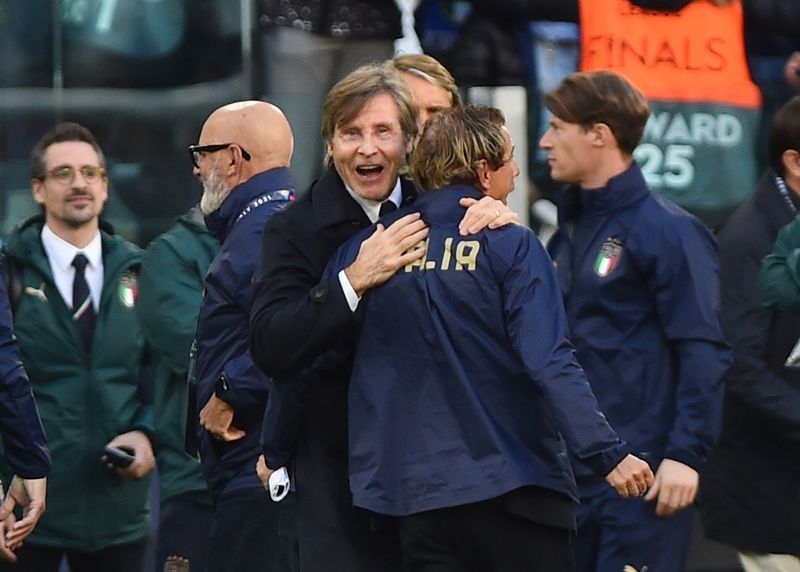 TURIN, Italy (Reuters) – Roberto Mancini is already focused on one of Italy’s biggest games of the year against Switzerland next month, after the European champions returned to winning ways by beating Belgium in the UEFA Nations League on Sunday.

The Azzurri’s world record 37-match unbeaten run ended with a semi-final defeat by Spain, but goals from Nicolo Barella and Domenico Berardi sealed a 2-1 victory in the third-place playoff.

“They were two great games. Today we changed the players a bit, but despite that the team played just as well,” Mancini told a news conference.

The manager was quick to look ahead to his side’s next challenge, a World Cup qualifier against the Swiss in Rome on Nov. 12, which may well decide who finishes top of Group C and earns an automatic qualifying spot.

Switzerland, who lost 3-0 to Italy in the group stage of Euro 2020 before drawing 0-0 in last month’s qualifier, will move level on 14 points with Mancini’s side with two games remaining if they beat Lithuania on Tuesday.

“It will be a difficult match, like it was at the Euros and in Basel,” Mancini said.

“We are playing at home, it will be the game of the year after the Euros matches. We know that we have to win.”

Mancini, who made history by reaching his 30th win as Italy manager in only 44 matches, opted to use Manuel Locatelli as a deep-lying playmaker against Belgium, a role usually occupied by Jorginho, who missed his first Italy game since May.

“When Jorginho is missing we need to have alternatives. Locatelli has the qualities required to play that role and today he had a great game,” Mancini added.