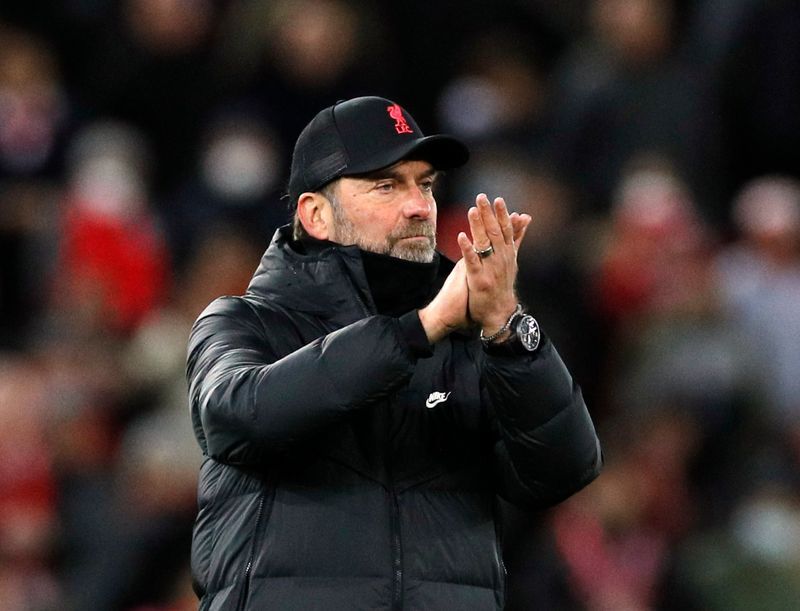 (Reuters) – Liverpool manager Juergen Klopp hailed Thiago Alcantara’s second-half “thunderball” that sparked his team to life against Porto on Wednesday and set them on their way to a 2-0 Champions League win https://www.reuters.com/lifestyle/sports/liverpool-maintain-perfect-record-with-2-0-win-over-porto-2021-11-24.

With qualification to the last 16 stage already secured, a below-strength Liverpool side struggled in the first half before taking the lead through Thiago’s stunning low strike in the 52nd minute.

Mohamed Salah’s clinical finish made it 2-0 at Anfield with 20 minutes left.

“We had bigger chances than that in the game, but we scored with that situation because it was just an incredible goal,” Klopp said.

“Whoever sees Thiago in training knows he has the technique to do it, but even with this technique it doesn’t happen constantly that he can fire such a thunderball. It was good timing, to be honest.

“We needed some luck. (Porto) came through and had some big chances but didn’t score … We scored twice and controlled the game in the second half much better. So, I’m really pleased about the performance.”

Liverpool, third in the Premier League with 25 points from 12 games, host 13th-placed Southampton on Saturday.