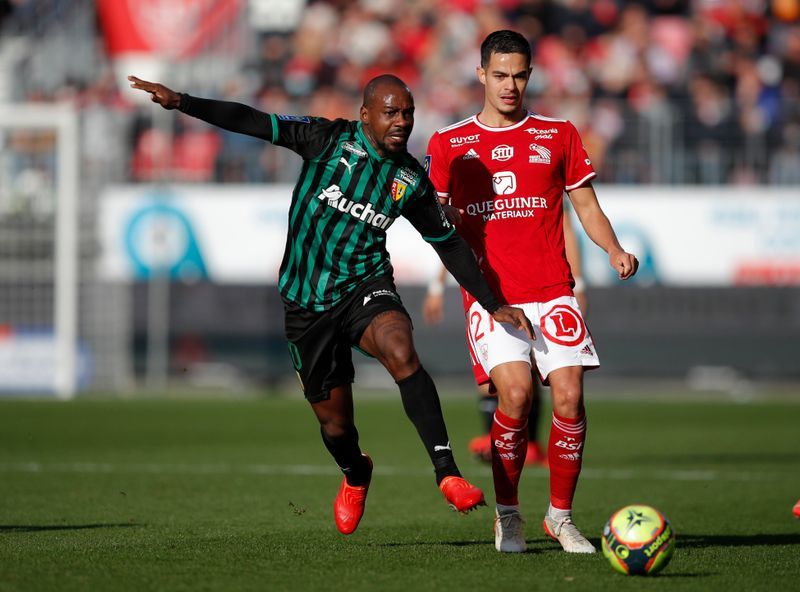 PARIS (Reuters) – RC Lens were brought down to earth in emphatic fashion when they where hammered 4-0 at lowly Stade Brestois in Ligue 1 on Sunday.

Lens, who have been playing some of the best football in the league this season, lacked aggression as they conceded goals by Steve Mounie, Brendan Chardonnet, Romain Faivre and Jeremy Le Douaton to stay third with 24 points from 14 games.

They also finished with 10 men after Armand Kalimuendo was shown a straight red card for a dangerous tackle with 16 minutes left.

The result lifted Brest from 17th to 13th place on 18 points and Lens could slide down to fifth if Nice and Olympique de Marseille avoid defeat in away games against Clermont and Olympique Lyonnais.

Brest got of to a brilliant start with Mounie heading home from Le Douaron’s deflected cross after three minutes.

Lens were completely overwhelmed and they found themselves trailing 3-0 in the 33rd minute when Faivre curled a fine shot into the bottom corner.

The visitors hit the woodwork twice but Brest completed the rout on 69 minutes when Le Douaron found the back of the net with another curling effort.