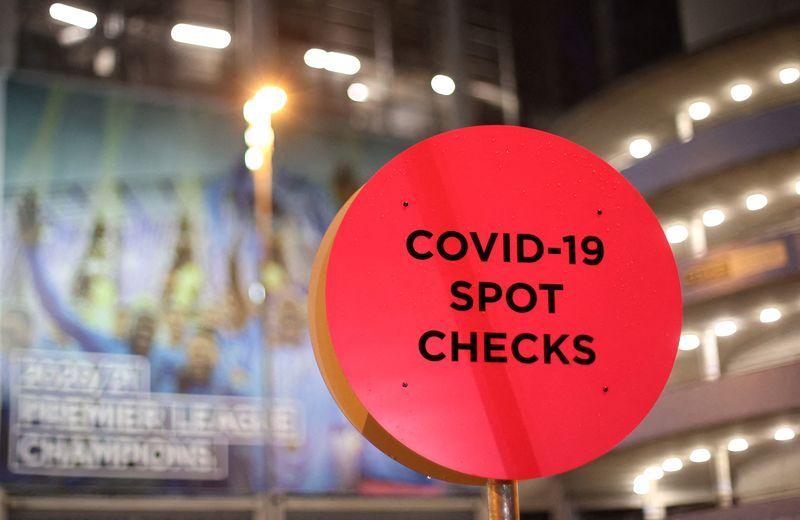 (Reuters) – Manchester City’s Women’s League Cup game away at Leicester City which was scheduled to kick off later on Wednesday has been postponed due to a COVID-19 outbreak in the squad, the club said.

“The decision has been taken by the Football Association following a number of further positive COVID-19 cases in the women’s squad in addition to the two previously confirmed,” Manchester City said in a statement.

“A new date for the game will be announced in due course, with all tickets remaining valid for the rescheduled fixture.”

City are top of Group B in the League Cup. They are scheduled to face Reading on Sunday in the Women’s Super League, where they are sixth in the standings.

The men’s top flight in England had a record 42 cases of COVID-19 in the past week and two games have already been called off in the last few days.

(Reporting by Rohith Nair in Bengaluru; Editing by Christian Radnedge)