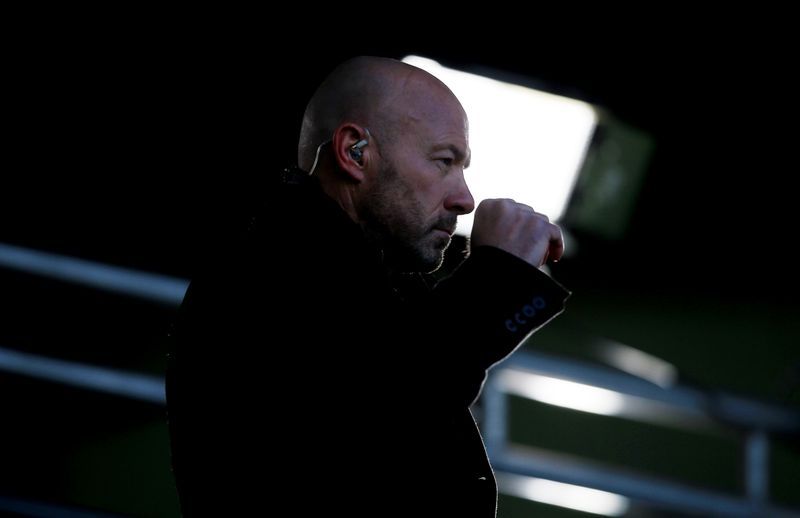 (Reuters) – Newcastle United great Alan Shearer said he understood fans’ excitement following the Premier League club’s takeover by a Saudi Arabia-led consortium but called for patience as the new owners look to revive the side.

The Premier League announced on Thursday that Newcastle had been sold to a group consisting of Saudi Arabia’s Public Investment Fund, PCP Capital Partners and RB Sports & Media.

Newcastle fans have celebrated the end of Mike Ashley’s unpopular 14-year reign and Shearer, who scored 206 goals in 10 seasons for the club, said they can dream again.

“The dream is that we want a little bit of hope. Fans want their club to try and be the best and I really understand their excitement for that reason,” Shearer told the BBC.

“The Newcastle fans haven’t mattered for 14 years. Their money hasn’t been invested and they’ve not been consulted. To have a club that has such passionate support but not have that level of consultation isn’t good.

“We now have owners that will invest and that’s important for fans to see that. It’ll need patience and that’s fine. We don’t expect to be winning the league in the next few years or winning the Champions League, we expect a bit of something to look forward to.”

Winless Newcastle, who are second from bottom, host Tottenham Hotspur in the league on Oct. 17 in what is set to be the 1,000th game of Steve Bruce’s managerial career, though the 60-year-old said he recognised he might soon be sacked following the takeover.