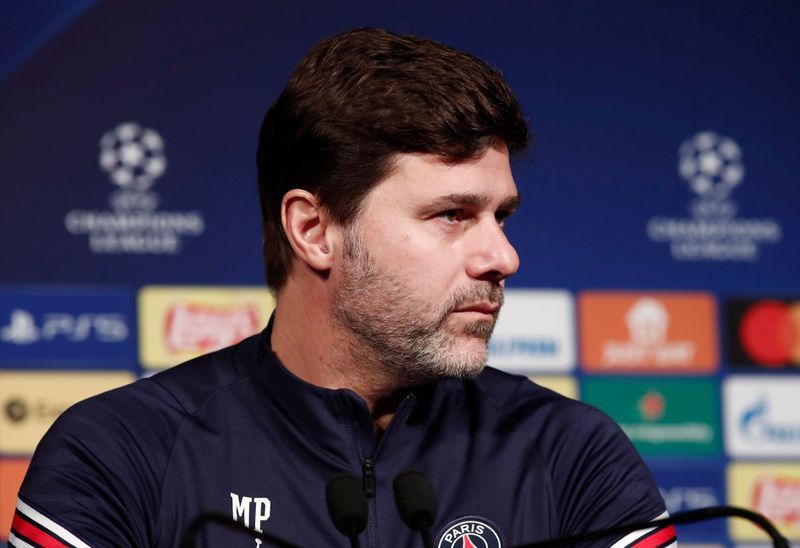 PARIS (Reuters) – Paris St Germain have been far from convincing this season but coach Mauricio Pochettino insisted on Monday the team were going in the right direction, predicting happy days for the club.

PSG are runaway leaders in Ligue 1 and have already qualified for the knockout stage of the Champions League after sealing second spot in Group A behind Manchester City, but they have been criticised for their lack of style.

While Kylian Mbappe has been in ominous form, it took Neymar several weeks to find his groove before he was sidelined with an ankle sprain.

Seven times Ballon d’Or winner Lionel Messi has only scored once in the league since joining from Barcelona, although he has found the back of the net three times in the Champions League with Mbappe’s help.

Asked to define PSG’s style to someone who had never seen them play before Tuesday’s final Champions League group game against Club Brugge, Pochettino said: “They would have to be some extra terrestrial because everyone has seen PSG play.

“Everyone understands how we play and some people might have a difference of opinion, but that’s how it is.”

Pochettino, who replaced Thomas Tuchel in January and whose contract expires in 2023, predicted that everything would finally click.

“We know where we are going and we are not going to change direction. I feel the support of my players,” the Argentine added.

“We know that after the storm the good weather will come and all the people who love the club will enjoy it.”

His comments were made a day after France forward Mbappe admitted that he, Messi and Neymar, needed “to do more” to help the French side.