Football: Soccer-Poland cruise to a comfortable victory over San Marino 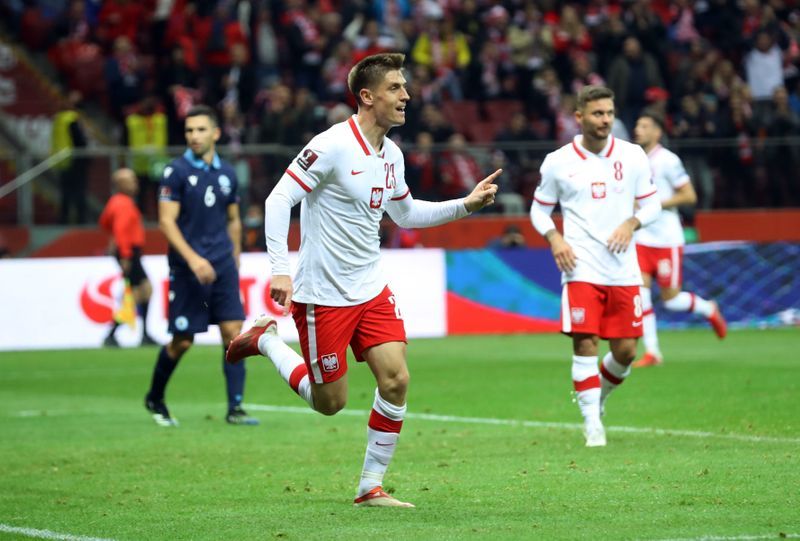 (Reuters) – Poland thrashed San Marino 5-0 in their Group I World Cup qualifier on Saturday as Paulo Sousa’s side remain one point behind second-placed Albania, who defeated Hungary in Budapest.

Sousa started the game with just two players from the starting line-up against England in September, resting players such as Piotr Zielinski, Kamil Glik and Grzegorz Krychowiak ahead of Tuesday’s crunch match against Albania.

Poland’s Karol Swiderski put the hosts ahead after ten minutes with a close-range header, followed by an own goal by San Marino ten minutes later, after defender Christian Brolli deflected a pass from Kacper Kozlowski.

The hosts increased their lead shortly after halftime when defender Tomasz Kedziora struck the ball into the roof of the net. Striker Adam Buksa scored in the 84th minute having grabbed a hat-trick against San Marino in September.

Krzysztof Piatek tapped the ball into the net in stoppage time in his first match since recovering from the injury that prevented him from playing at Euro 2020.

Poland travel to Albania on Tuesday in an attempt to reclaim second spot in the group.

(Reporting by Tommy Lund and Bartosz Dabrowski in Gdansk; Editing by Christian Radnedge)