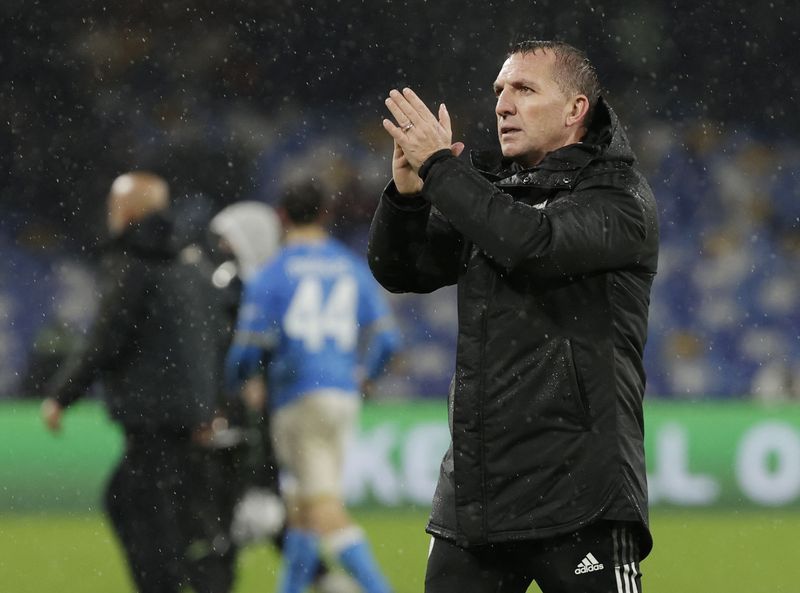 (Reuters) – Leicester City manager Brendan Rodgers feels the Premier League’s decisions on which games are postponed due to COVID-19 outbreaks are being influenced by its lucrative broadcast deals and said the health of players must be the top priority.

Burnley’s home game with Watford on Wednesday was postponed due to cases in the visiting team, while Manchester United and Tottenham Hotspur have also had games called off.

But the league refused requests by Leicester to have Thursday’s game against Spurs postponed, with Rodgers saying he had nine players out due to COVID-19 and “other medical issues”.

Brighton & Hove Albion were beaten 1-0 by Wolverhampton Wanderers on Wednesday after an unsuccessful attempt to have the game moved to a later date.

“In terms of players, managers and coaches, we all want to play the games. But ultimately the health of a player is the priority. If you have players available, you get a better product.”

The league said on Monday that between Dec. 6-12, 3,805 players and club staff were tested, with 42 new positive cases discovered — the highest weekly figure since data began being reported in May 2020.

League rules state that if a team cannot raise 14 players then a game can be postponed, although other factors, such as impact on preparation and whether or not there has been an “uncontrollable outbreak” are taken into account.