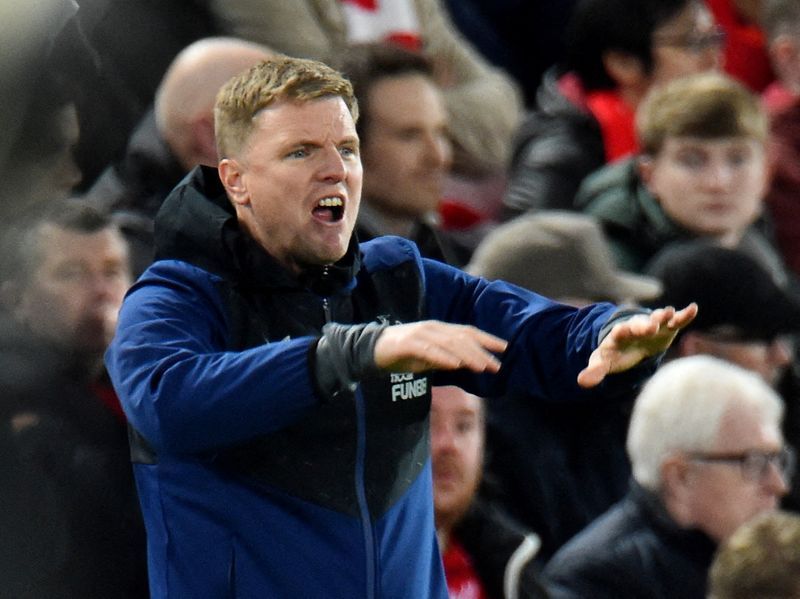 (Reuters) – The Premier League finds itself in a precarious situation due to COVID-19 outbreaks at several clubs and the competition’s integrity is at stake when several players who test positive miss games, Newcastle United boss Eddie Howe said on Friday.

The Premier League has postponed five games that were scheduled for the weekend due to COVID-19 outbreaks at various clubs. Nine games have been postponed since last week.

Newcastle host league leaders Manchester City on Sunday, one of give games scheduled to go ahead, but the visitors are waiting on a PCR result to see if manager Pep Guardiola has tested positive, with the club cancelling his news conference.

“I think it’s probably on a knife edge would be my verdict on it. I think when you start losing players to COVID, then the worry for me is that the competition becomes slightly unfair. I don’t think anyone wants to see that,” Howe told reporters.

“That’s the biggest thing people want to see – a fair league. They don’t want to see disparity in games and players missing.

“I know that the people in charge of the Premier League will do that. I think there’s a lot to consider, it’s not an easy decision to make. I’m well aware how complex everything is.”

The most recent Premier League data on vaccinations from October found that 81% of players had received one dose and 68% were double jabbed — a low percentage compared to the Italian Serie A where 98% of its players have received two vaccinations.

(Reporting by Rohith Nair in Bengaluru; Editing by Toby Davis)