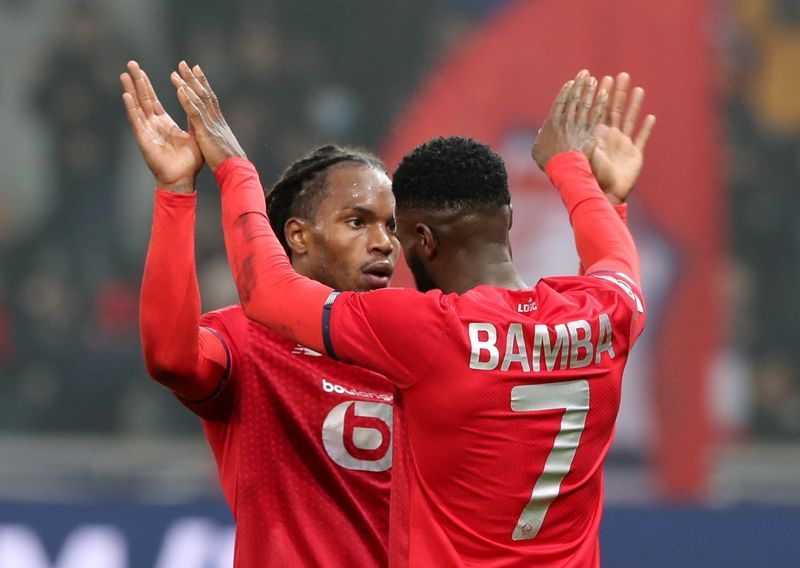 LILLE, France (Reuters) -Jonathan David netted the only goal as Lille brushed aside their dismal domestic form to beat RB Salzburg 1-0 at home on Tuesday and take control of their Champions League group.

The French champions are without a win in five Ligue 1 games but took the lead in the 31st minute when prolific Canadian striker David finished from close range after a mazy dribble from strike partner Burak Yilmaz.

David is the top scorer in Ligue 1 with 10 goals and struck for the second Champions League game in a row after bagging a penalty in a 2-1 win at Sevilla earlier this month.

Lille top a tightly-poised Group G with eight points after five games while Salzburg are second with seven, Sevilla are third on six and Wolfsburg bottom with five, with all four teams still standing a chance of qualifying for the knockout stage.

Salzburg would have clinched their place in the last 16 with victory but now have to avoid defeat in their final game at home to Sevilla to advance. Lille visit Wolfsburg knowing a draw would be enough to go through.

While the Austrians are 15 points clear in their division, Lille are floundering this season after staging a huge shock last season in pipping Paris St Germain to lift a first domestic crown in a decade.

Jocelyn Gourvennec’s side are 12th in Ligue 1, 20 points off leaders PSG and only four above the relegation zone.

They went into Tuesday’s game reeling from throwing away a two-goal lead in a 2-2 draw with 10-man AS Monaco.

But against Salzburg they produced a gritty, disciplined performance, allowing the visitors most of the ball but limiting them to only half chances.

The closest the Austrians came to levelling in the second half was when Karim Adeyemi was felled right on the edge of the area by Lille’s Tiago Djalo but they were denied a penalty, with a free kick inches away from the area awarded instead.

(Reporting by Richard MartinEditing by Toby Davis and Pritha Sarkar)