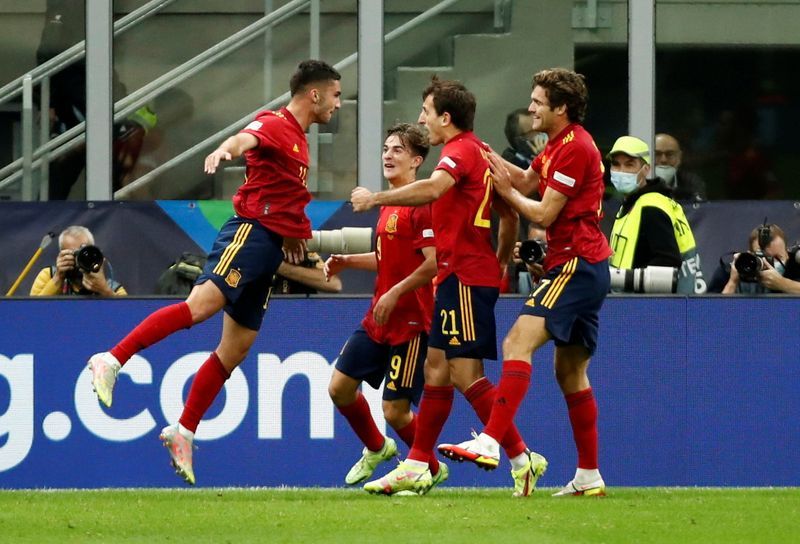 MILAN (Reuters) – Spain striker Ferran Torres is an injury worry for Sunday’s Nations League final against France and faces a pre-match fitness test before the clash at the San Siro stadium.

“Everyone is fit except for Ferran,” Spain coach Luis Enrique told a news conference on Saturday.

Torres scored both goals in Spain’s 2-1 win over Italy in Wednesday’s semi-final but limped off in the second half after suffering a blow to his right foot.

“We are not going to force it,” added Enrique. “If he is fit, he will play, if he is not he won’t and a team mate will play and we trust in them and will adapt ourselves.”

Enrique said the Manchester City forward will take part in the warm-up session and then the final selection decision would be made.

Torres sounded hopeful about his chances however.

“The foot is good, I will try tomorrow and we will see if I can play or not,” he said.

The 21-year-old, who made his name as a winger, was used centrally after Spain lost their two regular centre forwards Alvaro Morata and Gerard Moreno to injury before the tournament.

“I’m a winger, that is where I am at my best I think but it is good too to be able to play centre forward,” added Torres.