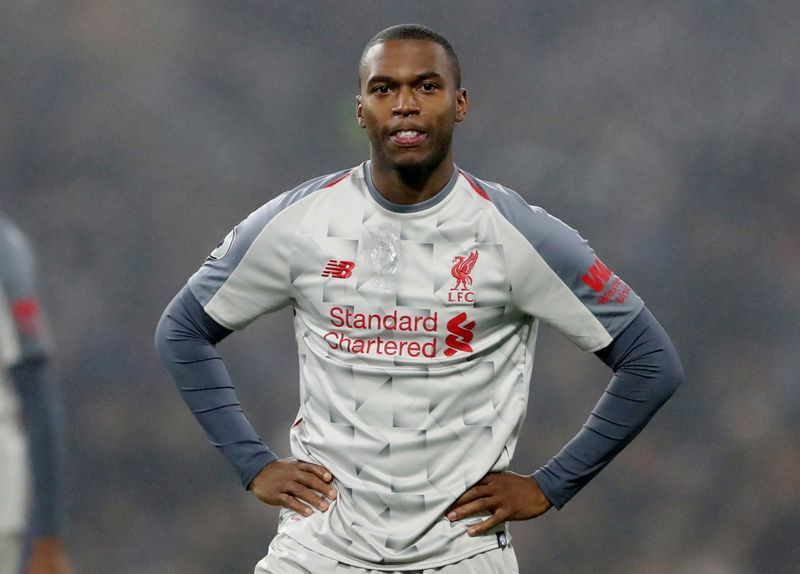 MELBOURNE (Reuters) – Daniel Sturridge will come to Perth Glory as a “humble man” seeking to fit into a team ethos, the former Liverpool and England striker said.

Sturridge has signed a one-year contract with the Western Australian outfit for the coming 2021/22 season, which kicks off on Nov. 20 when Perth face Adelaide United.

The 32-year-old’s signing has raised hopes the Glory could win their maiden A-League title after several near-misses but Sturridge said he alone could not deliver the hardware fans have long craved.

“I’m coming there as a humble man, leaving my ego at the door,” Sturridge told reporters. “Of course players can make the difference, but in terms of one player carrying a team, I just don’t think in world football that’s possible, because everybody is needed.

He joins Perth after more than 18 months without a club, having left Turkish side Trabzonspor in March 2020 after receiving a four-month ban for breaching betting rules in 2018.

“This is the longest time I’ve had not playing competitive games,” Sturridge said. “But in terms of training, I’ve been training the whole time. I’ve not let myself go or had time off.”

(Reporting by Ian Ransom in Melbourne; Editing by Gerry Doyle)