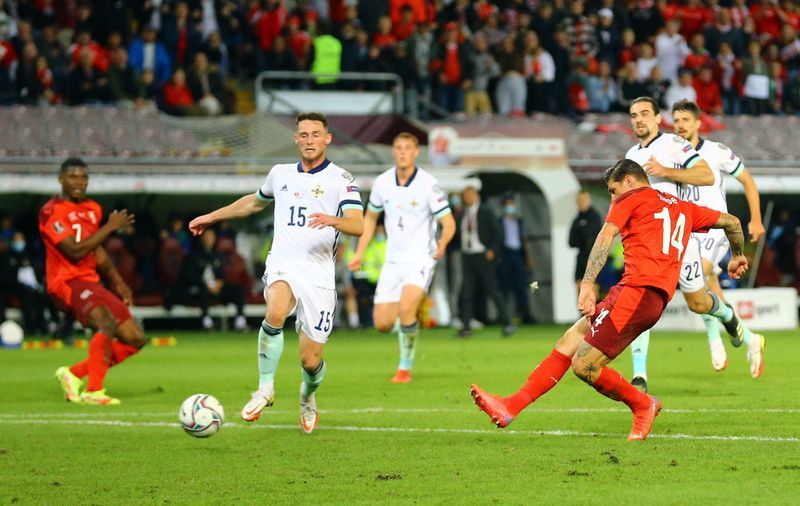 GENEVA (Reuters) – Steven Zuber and Christian Fassnacht both scored as Switzerland defeated 10-man Northern Ireland 2-0 in their World Cup Group C qualifier after the visitors had defender Jamal Lewis bizarrely sent-off in the first half for time-wasting.

Zuber produced a calm finish from the edge of the box just before the break when the pacey Breel Embolo broke forward and managed to squeeze the ball to the midfielder after skipping past two weak defensive challenges.

Denis Zakaria had an early goal ruled out for offside, while the home team also missed a host of second half chances before substitute Fassnacht finally added a second in stoppage time.

The win moves second-placed Switzerland to 11 points from five matches in the group, three behind leaders Italy with a game in hand. Northern Ireland stay in third with five points from as many games.

Switzerland had long been knocking on the door when left back Lewis received his marching orders on 37 minutes, a huge blow for the already stretched visitors.

He had earlier been booked for pulling back Embolo and was shown a second yellow by Slovenian referee Slavko Vincic for what was perceived to be delaying tactics at a throw-in.