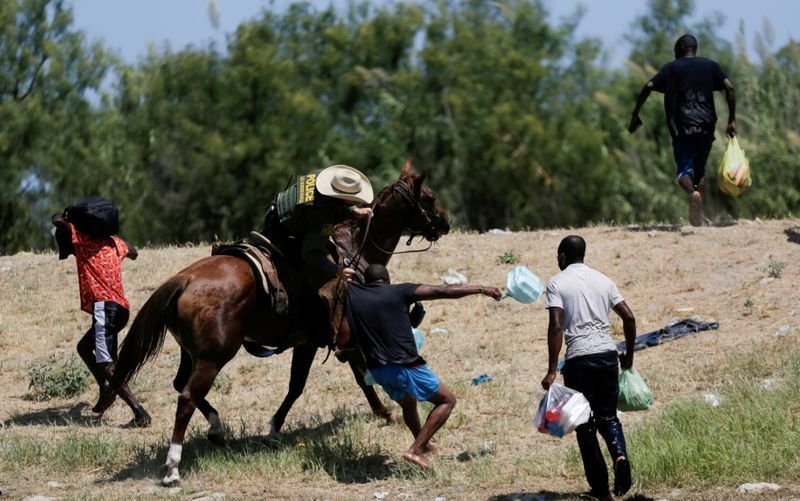 WASHINGTON (Reuters) – A former U.S. special envoy to Haiti who blasted the Biden administration as he resigned last month over the deportations of hundreds of migrants told U.S. lawmakers on Thursday that Washington must rethink its approach to the Caribbean nation.

“Deportation in the short term is not going to make Haiti more stable. In fact, it’s going to make it worse,” former envoy Daniel Foote told a briefing for the U.S. House of Representatives Foreign Affairs Committee, where both Democrats and Republicans denounced U.S. policy.

Foote, a career diplomat named to his post in July, said Haiti was reeling from poverty, crime and other challenges and unable to support the infusion of returning migrants. He told the committee that, while serving as envoy, he had not been told about the deportations, which took place after thousands of Haitians – many of whom had been living for years outside their homeland – came to the U.S. border with Mexico.

“I found out about it on the news,” Foote said.

Haiti has been hit in recent months by a presidential assassination, gang violence and a major earthquake.

The United States has returned more than 1,400 migrants to Haiti from a camp in Del Rio, Texas, including families, and moved thousands more for processing away from the encampment.

Representative Gregory Meeks, the committee’s Democratic chairman, promised that the panel would keep up its focus on the issue. He decried the treatment of Haitians, noting images of U.S. border agents on horses going after refugees with what appeared to be whips.

“We need to commit to a major shift in U.S. policy with Haiti,” Meeks said. “And I’m not just talking about immigration. … but in the way we treat Haiti among our foreign policy priorities in this hemisphere.”