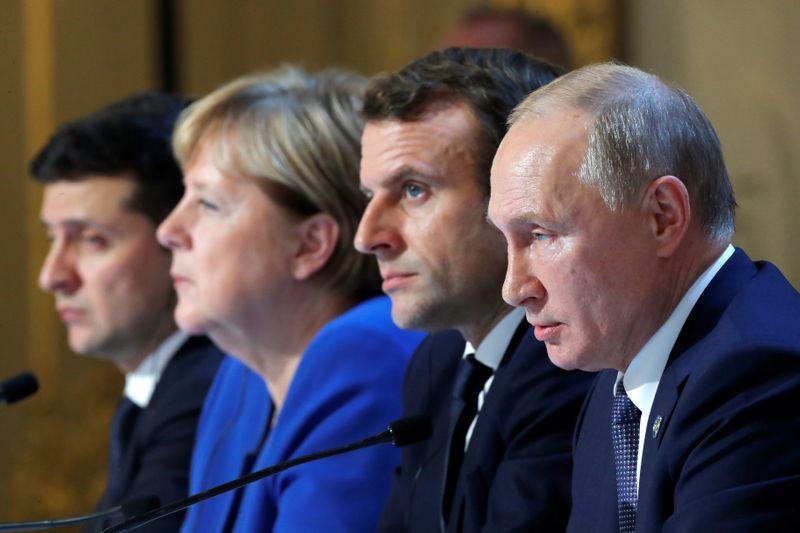 BERLIN (Reuters) – German Chancellor Angela Merkel and French President Emmanuel Macron had phone calls on Monday with the presidents of Ukraine and Russia to discuss the conflict in Ukraine, and agreed their foreign ministers should meet, the German government said.

The two West European leaders spoke first with Ukrainian President Volodymyr Zelenskiy on the implementation of the Minsk Agreements aimed at bringing about a peaceful resolution of the conflict in Ukraine.

Then, Merkel and Macron spoke with Putin, urging him to progress with the peace talks, the German government said. Ukraine is at war with Moscow-backed separatists.