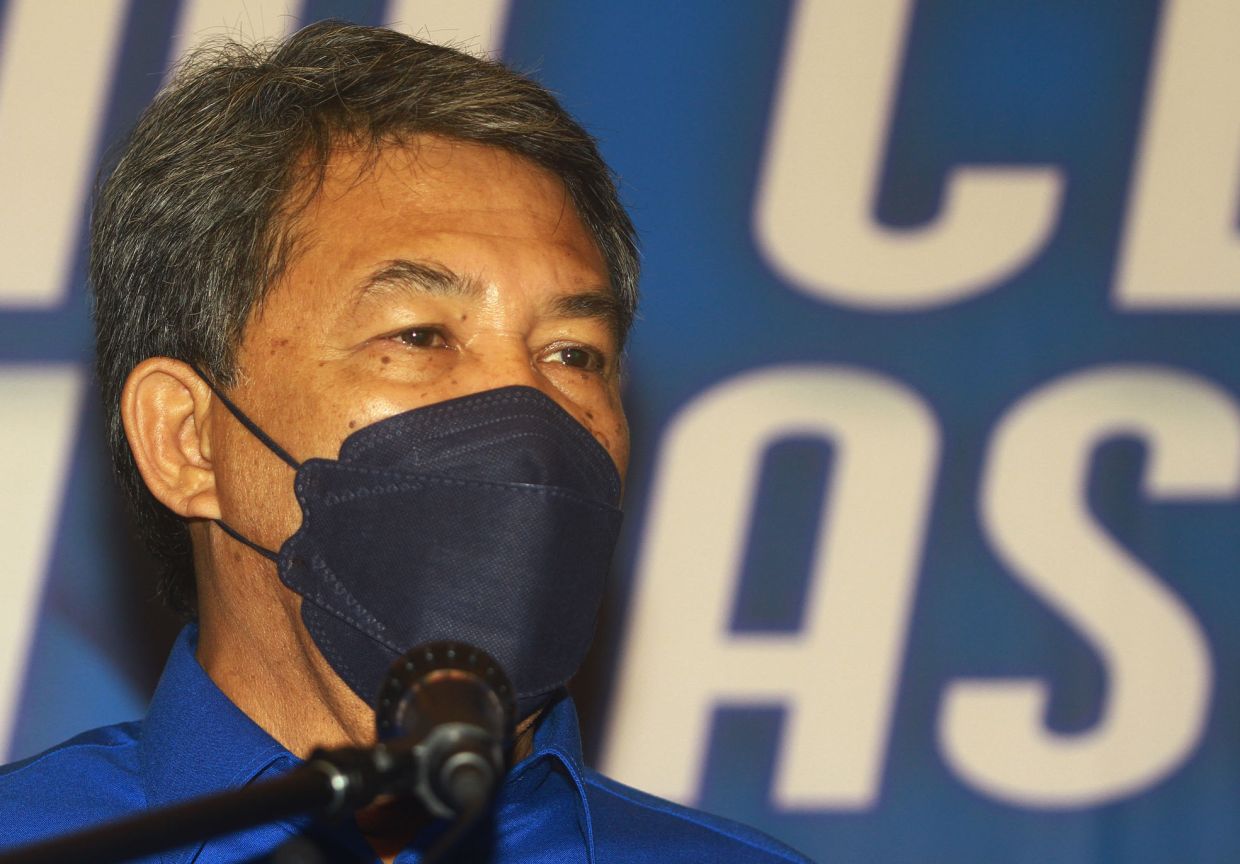 SEREMBAN: Barisan Nasional’s success in the just concluded Melaka state election is due to its bold strategy of fielding many new faces, says its deputy chairman Datuk Seri Mohamad Hasan.

Mohamad, who is also Umno deputy president, said the decision to field 86% new faces was based on the people’s sentiments.

“In politics, you must be able to read people’s sentiments. This is not only about science and data. Since people also wanted Umno to change, we fielded many new faces. This was our strategy,” said Mohamad

“By doing so, voters did not have a reason to be unhappy with us,” he added when met after officially opening the annual general meeting of Persatuan Solidariti Nasional.

Mohamad was quick to add that the move to field new faces was not because the incumbents were unpopular but simply because the people wanted to see change.

He said Barisan’s win also showed that the people wanted a stable government.

“We (Barisan) now have a huge responsibility and as pledged in our manifesto, will work hard to bring in more development,” he said

“The people have suffered enough due to a sluggish economy and the Covid-19 pandemic and it’s time to work for them without any disturbance,” added Mohamad.

“Apart from forming a stable government, we also need one that is elected by the people,” he said.

“Sections of the rakyat and the international community are also unhappy with this government because this is a backdoor government which was set up without the people’s mandate,” added Mohamad, saying that the people should decide once and for all who they wanted to lead them.

Citing Melaka as an example, he said the new Barisan government can now focus on developing the state without having to worry about which assemblyman would jump ship.

Asked how soon the general election should be held, Mohamad said in jest that if he had it his way, he would call for the polls tomorrow due to the feel-good factor favouring Barisan and the party’s track record running the country for the past 62 years.

Mohamad said the Barisan leadership will have to decide this carefully as timing was an important factor.

“Barisan will have to do a cost benefit analysis on this and come up with a proper strategy. To me, politics is all about marketing and making and keeping people happy.

Just do not make promises you cannot keep,” he said.

However, Mohamad then said this would also depend on the flood situation in some parts of the country and the Covid-19 pandemic.

“Any government should have a solid majority so that it won’t be threatened by anyone. We cannot have a situation where the first thing a leader has to do when he wakes up in the morning is to see how many seats (MPs) that were still supporting him,” said Mohamad.

“How are you to govern the nation under such circumstances?” he asked.

Mohamad said even investors would shy away from a country which did not have political stability and when this happens, it would be at the detriment of the rakyat.

He said it was not easy to run the country with an unstable government and in the midst of a pandemic.

“That is why a fresh mandate and a good majority is so important so that we can work on reviving the economy and facilitate business.

“We cannot be busy politicking day and night as the people will continue to suffer,” he added.

Asked if Umno would continue its cooperation with PAS under Muafakat Nasional, Mohamad said it had never closed its door on the Islamist party although the latter chose to contest the Melaka polls under Perikatan Nasional.

“It was beyond us that PAS had decided to contest in Melaka under the Perikatan banner.

“So it is really up to PAS to decide what they want,” he added.